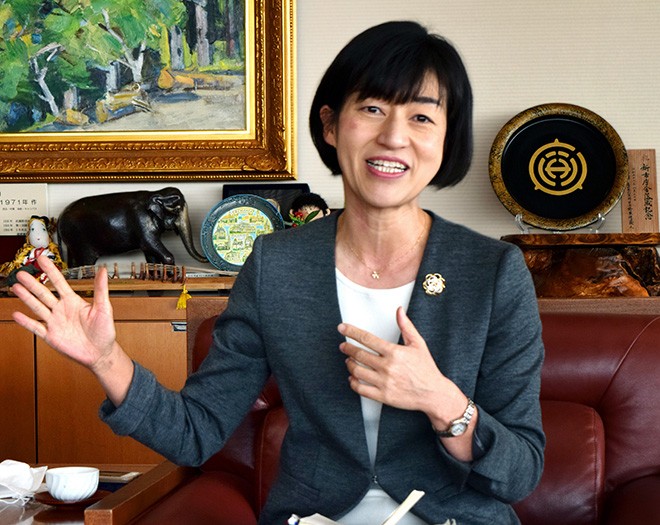 Foreign residents of the western Tokyo suburban city of Musashino are to be granted the same rights as Japanese to vote in local policy matters under the terms of a proposed ordinance on referendums.

Granting foreign residents a greater say in local affairs is the brainchild of Mayor Reiko Matsushita.

The proposed ordinance that Matsushita vowed at a news conference Nov. 12 to submit to the Musashino municipal assembly would also cover students and technical intern trainees as long as they have resided in Musashino for at least three months.

The assembly is scheduled to convene Nov. 19 to consider the proposal.

Matsushita noted that the city’s foreign community had not been excluded from other citizen participation events, including those to sound out local residents on various issues.

“There is no reason to distinguish between residents due to their citizenship with regard to the local referendum system,” Matsushita said.

Many noted scientists and scholars have called Musashino home, including Shinichiro Tomonaga, who won the Nobel Prize in Physics in 1965.

While 40 municipalities around Japan have local referendum ordinances that allow foreign residents to participate, Musashino municipal government officials said it was unusual to not place conditions on how long foreign residents had lived in the community and to allow them to vote in the same manner as Japanese.

The proposal would give residents aged 18 and older who have resided in the city at least three months the right to vote in a local referendum. That same right will also be extended to foreign nationals.

If the proposal passes the municipal assembly as expected, the local referendum system could begin from the next fiscal year.