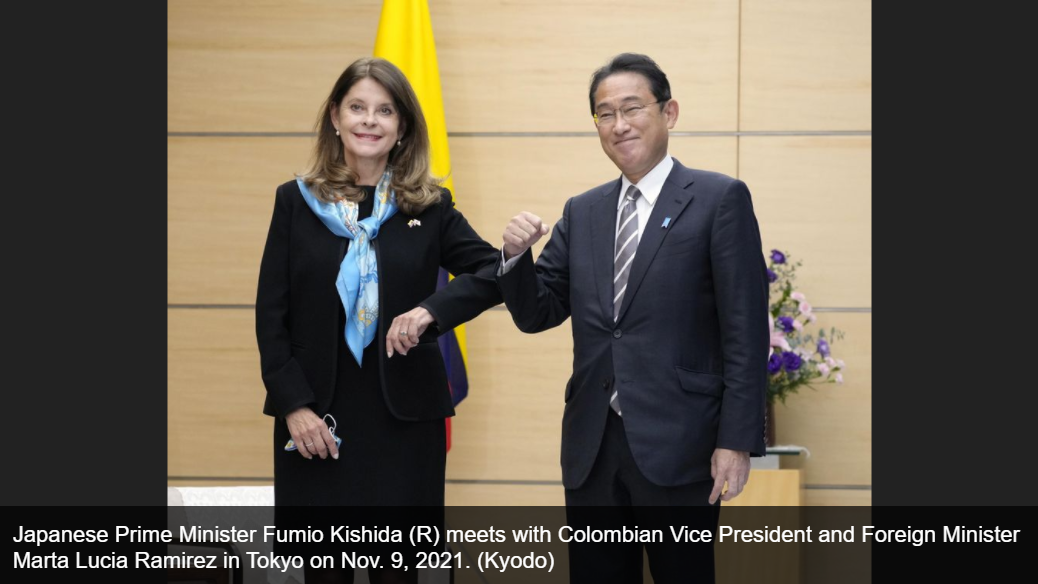 Ramirez, who doubles as foreign minister, has been visiting Japan since Saturday. She congratulated Kishida on the ruling coalition’s victory in the recent general election, according to the Japanese Foreign Ministry.

The ministry quoted Kishida as calling Colombia an “important partner that shares fundamental values such as freedom, democracy, human rights and the rule of law” with Japan.

During the roughly 15-minute meeting, the two affirmed the importance of strengthening relations between their countries, including through the signing of an economic partnership agreement, the ministry said.

Ramirez met with Japanese Chief Cabinet Secretary Hirokazu Matsuno on Monday, with the two agreeing to work together to realize a free and open Indo-Pacific and discussing COVID-19 countermeasures.