Loved and remembered: The legacies of two young Americans 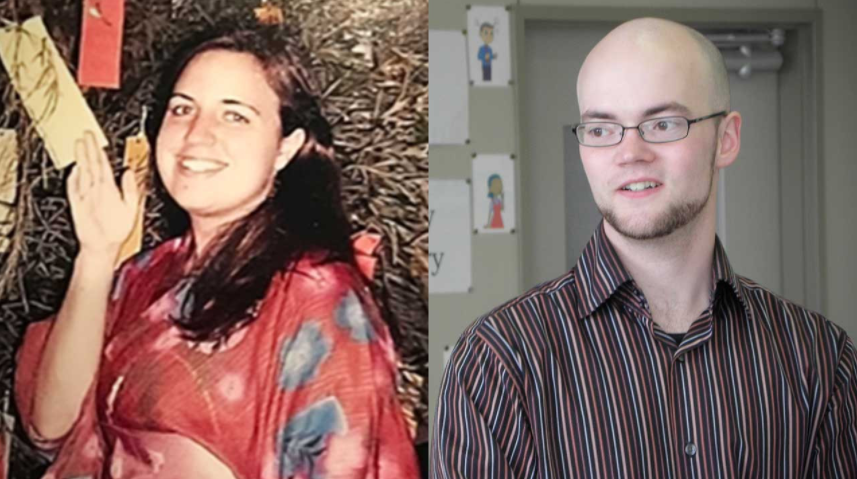 Ebara Miki
NHK World Chief International Correspondent / Executive Producer
The massive earthquake and tsunami that hit northeastern Japan in March 2011 claimed more than 18,000 lives, including those of two young Americans: Montgomery Dickson and Taylor Anderson.
They worked under the government-sponsored Japan Exchange and Teaching program, and had become much-loved members of their respective communities. Ten years later, their legacies continue to inspire on both sides of the Pacific.

“I feel happiest in Japan” – Monty Dickson to his mentor

Montgomery Dickson was lovingly known by many people as simply “Monty-san.” He lived in the coastal city of Rikuzentakata, Iwate Prefecture, which was devastated by the tsunami. The 26-year-old was last seen evacuating with his students to the town hall. Moments later, it was consumed by a wall of water. His body was recovered nearly three weeks later.

She recalled how he had been affected by the loss of his parents. He was only nine when his father passed away, and then his mother died when he was 16. Fredrickson worked hard to support Monty and their baby brother, Ian.

At university, Monty met Professor Harada Hiroko – a strict Japanese – language teacher who became both maternal figure and mentor. Under her guidance, he excelled. Harada recommended he apply for the JET program, to which he was accepted. He embarked on his new adventure in 2009, and soon sent an email to the woman who was instrumental in getting it started. “I feel happiest here in Japan,” he wrote.

Monty made many friends, including a Japanese woman he wanted to marry. He also told Harada that he sought to be a bridge between the United States and Japan.

Transforming tragedy into hope and reconstruction

After the tragic loss of her student, Harada wanted to keep his legacy alive. She received funds from foundations based in Japan and the US and established the Montgomery Dickson Center for

Japanese Language and Culture at her campus. These days, it runs a student exchange program with Iwate University.

The 10-year online commemoration was attended by 90 people, including faculty members and students from both universities. Officials from Rikuzentakata and the State of Alaska used the event to reaffirm their commitment to strengthening ties.

A resolution from the Anchorage Assembly said the municipality commemorates the anniversary by “remembering the devastation, heroism and the amazing reconstruction which is an example of the fierce determination of the people to overcome adversity.” It also said Anchorage “will hold special its relationship with the people of Rikuzentakata.”

A Fitting Tribute to Taylor’s Love of Reading

Taylor Anderson from Richmond, Virginia, had been interested in Japan since childhood. Her first love was anime, but she also developed a keen interest in the language, literature and wider culture.

She studied the works of author Murakami Haruki at Randolph Macon College and, upon graduation in 2008, also joined the JET program. “Taylor was living her dream,” says her father, Andy.

Taylor was living and teaching in Ishinomaki, Miyagi Prefecture. After the massive quake, she was seen consoling frightened elementary school children. Once she knew they were safe, she took her bike and left. It’s believed she was swept away by the tsunami on her way home. She was just 24.

Andy traveled to Japan to confirm his daughter’s death and collect her ashes and belongings. The same year as the disaster, he and his wife, Jeanne, established a memorial fund to support children’s education in the affected region. Taylor loved to read, so they decided to donate books. Taylor Bunko, or Taylor’s Reading Corners, have since been set up in 21 schools. “We do this because it is

something Taylor would have done if she had survived,” says Jeanne.

By fall, Andy was back in Japan – this time, with Jeanne. They were looking for a girl called Nao after discovering hand-written letters from her in the bag Taylor was carrying on her last day. Their daughter’s diary, retrieved from her apartment, also contained an entry about the girl: “Student love is the best. I love her.” They figured that Nao must have been her special student.

The local education board gave Andy a helping hand. Finally, he was put in touch with 16-year-old Takahashi Nao. “When Andy smiled, his eyes looked exactly the same as Taylor-sensei’s,” said Takahashi when recalling their first encounter. She graduated from the junior high school where Taylor taught, and the pair kept in touch by writing letters – with Takahashi’s younger sister diligently assuming the role of courier. In 2013, Takahashi visited the Andersons in Virginia. They gave her a paperweight bearing Taylor’s motto: “Live Your Dream.”

Takahashi’s parents struggled after the disaster, which severely damaged their fish market business.

Despite the financial hardship, she refused to give up on her dream of studying pharmacy. She found a scholarship for a six-year course at a university in Nagoya. “Whenever I was under pressure, I looked at this paperweight on my desk and said to myself, ‘Taylor-sensei says don’t give up, live your dream’.”

Takahashi has set her sights even higher. Now, she wants to attend graduate school to study health economics. “Japan has a lot of problems,” she says. “The society is rapidly aging, while the population is decreasing. The medical cost of the coronavirus pandemic is bearing down heavily. I want to study something for the benefit for the whole nation.”

In late January, the Andersons caught up with Takahashi online. They were excited to hear about her new ambitions. Offering the girl from Ishinomaki their full support – in the hope that she goes on to live her dream – is simply a given. After all, their daughter would have done exactly the same.