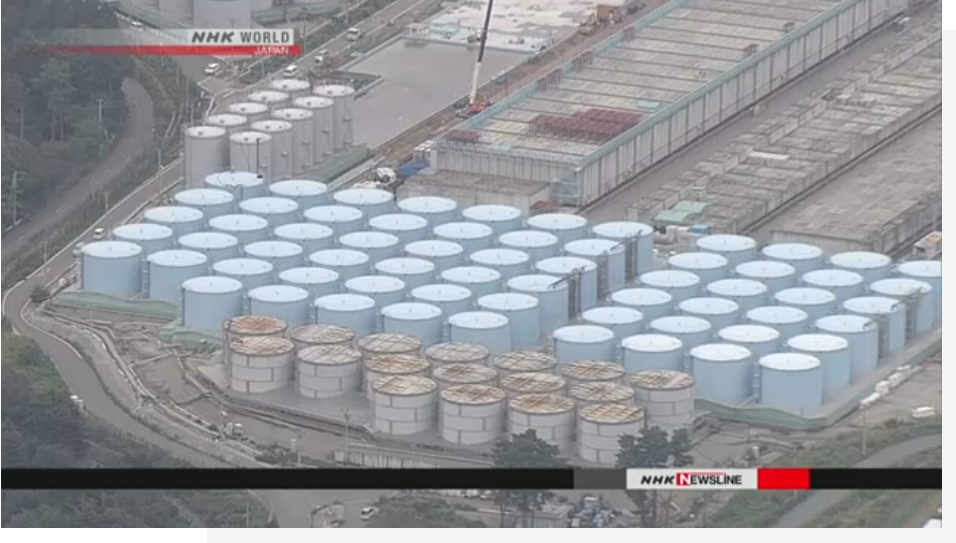 The operator of the crippled Fukushima Daiichi nuclear power plant has released the results of a simulation that examined what impact treated water from the plant would have if it is released into the ocean. The operator says the results show the impact of the release would be extremely small.

The water, used to cool molten nuclear fuel, is treated to remove most radioactive materials, but it still contains radioactive tritium. Tokyo Electric Power Company plans to discharge the treated water about 1 kilometer off the coast using an undersea tunnel.

TEPCO carried out the simulation based on the discharge plan and data on radioactive materials contained in the storage tanks.

It assumed that the water will be diluted to lower the concentration of tritium to one-fortieth of the national standard before the discharge.

The amount of total annual release was set at 22 trillion becquerels, the same level as a target aimed for before the 2011 accident.

The operator says the results showed that the area where the tritium concentration was more than 1 becquerel per liter — higher than the current levels — was limited to 2 to 3 kilometers offshore the plant.

It also says about 30 becquerels per liter of tritium were observed in some areas above the mouth of the undersea tunnel, but the concentration fell quickly as the water spread.

TEPCO also estimated the level of annual radiation exposure for fishery operators living along the coast.