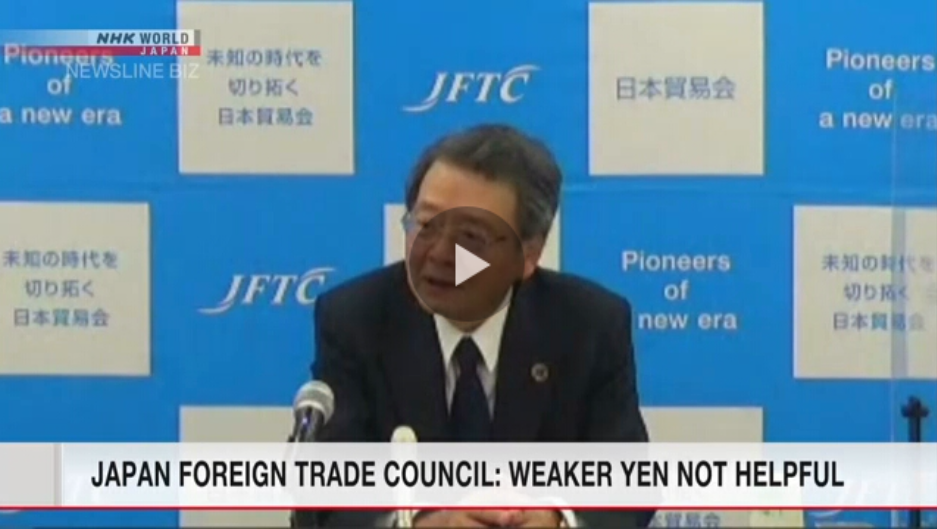 The head of a group of Japanese major trading houses says the current weaker yen isn’t bringing many benefits to the country’s economy.

The Japanese currency was trading in the upper-114-yen range against the dollar in Tokyo on Wednesday, the lowest level in about 4 years and 8 months.

Japan Foreign Trade Council Chairman Kobayashi Ken said a range of between 105 and 110 yen would be comfortable for Japanese businesses.

He said in the past a weaker yen led to growth in exports and helped expand the economy, but that is not necessarily the case anymore.

Kobayashi says even if a weaker yen pushes up the price of imports of raw materials, businesses will find it difficult to pass the price increase on to domestic consumers.