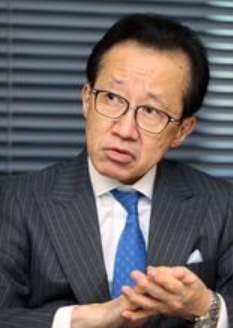 The government is set to create an expert panel on Nov. 26 to accelerate the drafting of an economic security promotion bill (tentative name), which it aims to submit to the ordinary session of the Diet next year. Former National Security Secretariat (NSS) Secretary-General Kitamura Shigeru, who will serve as a panelist, sat down with the Sankei Shimbun for an exclusive interview to talk about the need for this law.

Sankei: The Kishida administration plans to submit an economic security promotion bill to the Diet.

Kitamura: The National Security Secretariat launched a team to handle economic affairs in April 2020, and companies have been disclosing the status of their acceptance of foreign funds and immigration inspections of international students have been strengthened by improving the application of laws. Now Japan must enact a new law; otherwise, we will be faced with things that we do not have the legal means to handle. For example, we need to prevent companies that pose security concerns from participating in core infrastructure and to ensure goods that are of concern are not used in specified businesses. Japan needs to consider whether legal measures need to be taken to handle such matters.

Sankei: The prime minister is also eager to revise the national security strategy with a view to specifically mentioning economic security.

Sankei: The challenge of making supply chains resilient has been brought into clear view by the COVID pandemic. How should this be handled?

Kitamura: First, we need to understand the actual state of supply chains. We also need grounds for securing them. This will be one of the outcomes of the discussions of the expert panel. Efforts are needed to eliminate supply chain vulnerabilities in critical fields such as semiconductors, key minerals, large-capacity batteries, and medical and pharmaceutical products.

Sankei: How can Japan prevent the outflow of AI (artificial intelligence), quantum, and other sensitive technologies?

Kitamura: We have been working on amendments to the Foreign Exchange and Foreign Trade Control Law, but the nondisclosure of patents for technologies critical to security may also be a point for discussion. Of course, of primary importance is developing and promoting these advanced technologies as part of Japan’s growth strategy.

Sankei: The cooperation of private companies is also indispensable for economic security.

Profile of Kitamura Shigeru: Born in Tokyo in 1956, Kitamura became director of Cabinet Intelligence in 2011 after working at the National Police Agency. Under the Abe Shinzo administration, he worked on the State Secrets Law and on strengthening Japan’s intelligence framework. In 2019, Kitamura became secretary-general of the National Security Secretariat, established an economic team there, and advanced economic security policy. He retired in July 2021 and is now heads Kitamura Economic Security.