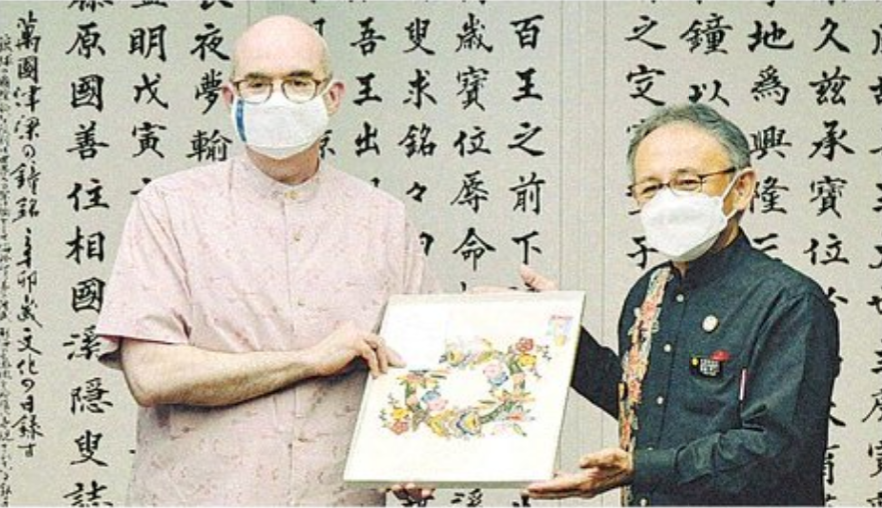 The governor also requested a meeting be held at an early date of the “Cooperative Working Team (CWT) to prevent incidents and accidents by U.S. military personnel and civilians in military employ.” The CWT has not met since April 2017. Chargé Greene reportedly responded, “A meeting is being coordinated now. We continue to work to strengthen our partnership with the prefectural government and other related institutions.”

Chargé Greene made a proposal for cooperation with the prefectural government in the fields of education, the economy, and the environment. The governor agreed, saying, “Hopefully we will have an opportunity to work together in research on the role played by coral in reducing carbon dioxide, an area the Okinawa Institute of Science and Technology Graduate University is looking into.”

Reportedly, neither Governor Tamaki nor Chargé Greene mentioned the prefectural government’s rejection of the Okinawa Defense Bureau’s application for approval of design changes related to the construction of a new base in the Henoko district of Nago City.