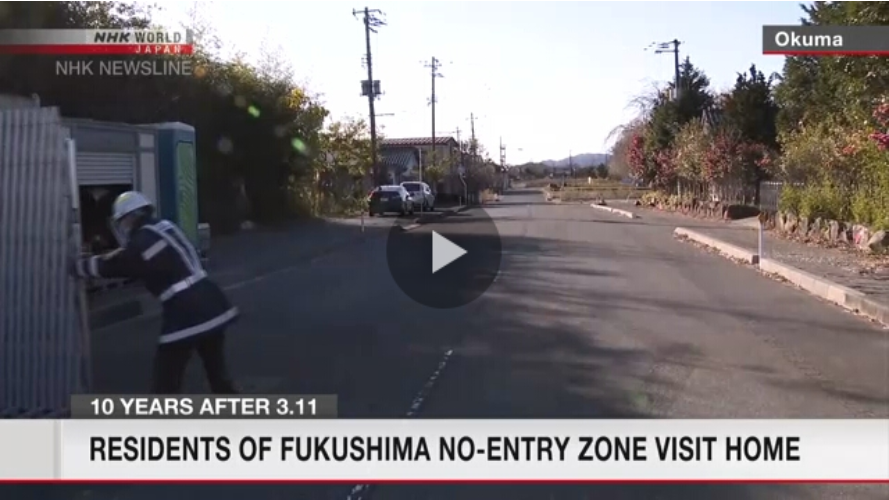 The Japanese government is easing restrictions for parts of a town that hosts the crippled Fukushima Daiichi nuclear power plant. There are plans to lift the existing evacuation order next spring, and as of Tuesday people are allowed to visit the areas.

More than 60 percent of Okuma Town in Fukushima Prefecture is still designated as “difficult-to-return” zones following the 2011 quake, tsunami and nuclear disaster.

Authorities have carried out decontamination and infrastructure rebuilding in more than 18 percent of the zones, which will allow lifting of the order next spring.

Restrictions had already been eased in about three-quarters of the areas.

Restrictions for the remaining areas were eased on Tuesday, ahead of the start of overnight stays scheduled to start on Friday.

The program is designed to give former residents a chance to prepare for their full return next spring.

Barriers installed at more than 220 entry points were opened at 9:00 a.m. on Tuesday. People can now freely enter areas near a local railway station and what used to be the center of the community.

The government said that as of Monday, 23 people comprising 12 households have applied for overnight stays.

Okuma Mayor Yoshida Jun said it took years, but they have at last reached the final stage. The mayor said he is determined to solve problems one by one to allow people to return to their hometown.