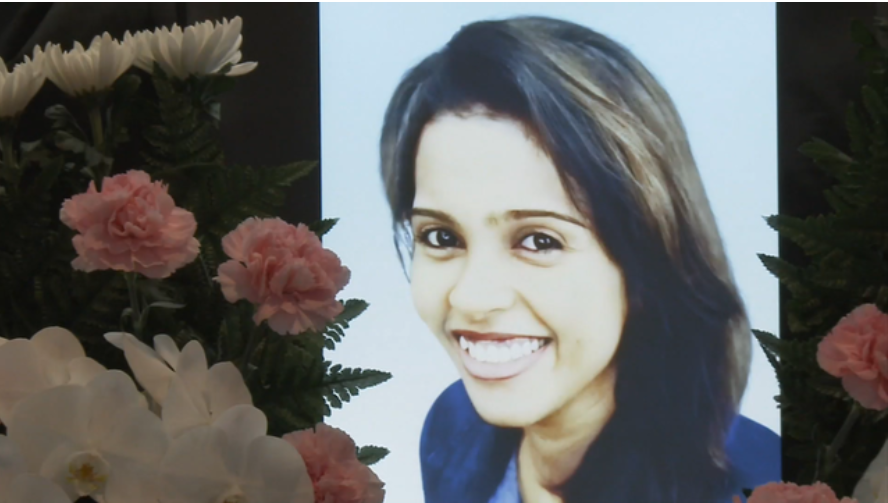 The Nagoya District Public Prosecutors Office in central Japan has accepted a criminal complaint filed by the family of a Sri Lankan woman who died at an immigration facility.

The complaint is brought against former senior immigration officials and accuses them of killing her.

Wishma Sandamali died in March at the facility in Nagoya at the age of 33. She had been detained there for overstaying her visa.

In August, the Immigration Services Agency released a final report admitting that the facility lacked a system for providing proper medical care to detainees. But her family is not accepting the report as a sufficient explanation of events leading up to her death.

Last month, Wishma’s sister Poornima and a lawyer for the family lodged the complaint with the district public prosecutors office.

They allege that at least seven people, including the head of the regional immigration services bureau in Nagoya at the time, continued to detain Wishma without proper medical care despite her complaining of ill health, because they did not care even if she died.

A lawyer for the family said the complaint was accepted on Tuesday.

Lawyer Komai Chie says the complaint describes the family’s wish to clarify responsibilities. She expressed hope that a detailed investigation will lead to indictment.