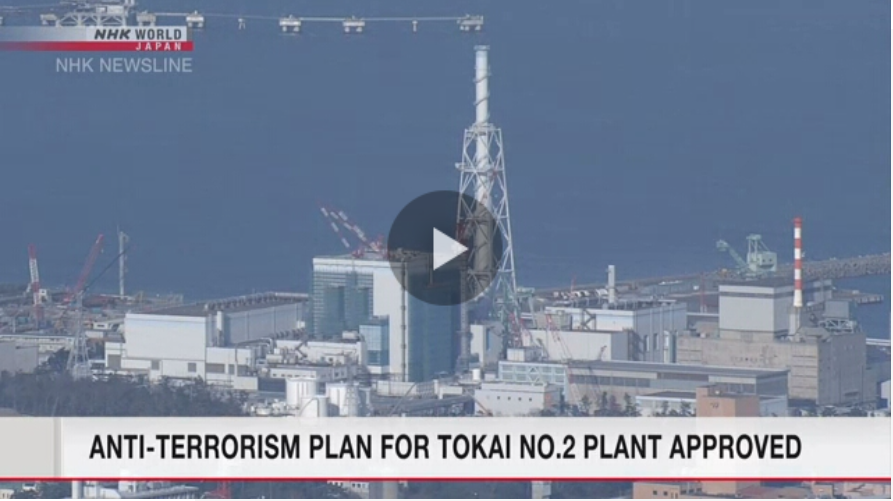 Japan’s nuclear regulator has approved an anti-terrorism plan for the Tokai No.2 nuclear power plant in Ibaraki Prefecture, near Tokyo.

The Nuclear Regulation Authority on Wednesday approved the plan drawn up by the Japan Atomic Power Company, the plant’s operator.

New government regulations for nuclear plants were introduced after the 2011 Fukushima accident. They require construction of facilities including a backup control room and cooling equipment, in case of destruction of the central control room due to an act of terrorism or airplane crash.

The authority said the company’s plan meets the new regulations. The approval was the first for an anti-terror plan of a boiling-water reactor, which is the type of those at the crippled Fukushima Daiichi power plant.

But it remains unclear when the Tokai No.2 plant can go back online.

The operator says work to install additional facilities as part of safety measures is expected to continue until December 2022.

Also, the company has yet to draw up a plan for evacuation in the event of an accident, or to obtain local support for restarting.

The plant will become inoperable if anti-terrorism measures are not completed by October 2023.