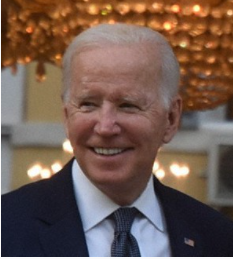 The U.S. trade strategy for the Asia-Pacific region is coming into clearer view. While continuing to be reluctant to return to the Trans-Pacific Partnership (TPP) agreement and form free trade agreements, U.S. President Joe Biden has proposed the “Indo-Pacific economic framework” with China in mind.

President Biden mentioned the “Indo-Pacific economic framework” for the first time at the East Asia Summit (EAS), which he attended online on Oct. 27. According to the White House, the idea is that the U.S. will work with partner countries to set “common goals” in trade areas of shared interest.

Specific areas of cooperation are: promoting digital trade, including cross-border online transactions; strengthening supply chains for critical products such as semiconductors; advancing decarbonization and clean energy; and addressing labor and environmental issues related to trade. The White House has not clarified the specifics as to which countries will participate, whether it will be a multilateral agreement, or when the framework will be established.

Secretary Raimondo and USTR Tai visited Japan first. USTR Tai had one-on-one meetings with Foreign Minister Hayashi Yoshimasa and Minister of Economy, Trade and Industry Hagiuda Koichi, and agreed to establish a “Japan-U.S. trade cooperation framework” for director-general-level discussion on trade cooperation. The focus areas of the talks are similar to those of the Indo-Pacific economic framework, namely, addressing “third country concerns” with China in mind, labor and environmental issues, and digital trade.

During an online event held in Singapore on Nov. 17, Secretary Raimondo said that the Indo-Pacific economic framework is not a free trade agreement but rather is a combination of “several alliances.” She also announced a plan to start the formal process of building the framework in early 2022.

During their Asian tour, Secretary Raimondo and USTR Tai met with their counterparts in Japan, South Korea, Singapore, Malaysia, New Zealand, Australia, and India. With these countries in mind, the U.S. will reportedly “create new trade rules” by bringing together like-minded countries in the fields of digital trade, semiconductor supply chains, and labor and environmental issues, according to Secretary Raimondo.

The Biden administration remains reluctant to return to the TPP. There is deep-rooted resistance to free trade in the deserted industrial areas of the Midwest “Rust Belt,” and these Midwestern states affect the outcome of presidential elections.

Former President Donald Trump won the 2016 presidential election by gaining support from the white working class in the Rust Belt. In this context, the Biden administration cannot wave the flag of free trade, let alone return to the TPP.

During an interview with TV Tokyo on Nov. 15, Secretary Raimondo said that, through the Indo-Pacific economic framework, the U.S. “will aim to build an economic framework that is even stronger than traditional free trade agreements.” At an event on Nov. 17, she rejected the idea of returning to the TPP, saying, “The United States is not interested in returning to the TPP, which was decided back in 2016.”

She made this comment, referring to the fact that trade rule issues have changed since the TPP was agreed on five years ago. Today the international community needs global rules on “economic security,” including strengthening semiconductor supply chains, as well as on advanced technologies, such as artificial intelligence (AI).

Meanwhile, China, which is vying to lead security and the economy in the Indo-Pacific region, has taken the lead in bringing into effect the Regional Comprehensive Economic Partnership (RCEP) agreement with 15 countries, including Japan, China, South Korea, and the Association of Southeast Asian Nations (ASEAN). In September, the PRC applied to join the TPP, with the aim of steadily expanding its foothold in the Indo-Pacific economic zone.

If the U.S. rejects the idea of returning to the TPP and says it is not interested in it, won’t that prompt TPP members to lean toward accepting China’s application? It would be a nightmare for Washington if China were allowed to join the TPP and even wield influence in it in the absence of the U.S. The Biden administration says that it is committed to “international cooperation,” but unfortunately the administration does not seem to take into account other countries’ interests.

It can be said that the U.S. administration created the Indo-Pacific economic framework as an alternative because President Biden has little room to maneuver in trade negotiations.

The Biden administration is considering incorporating a multilateral agreement on digital trade in the Indo-Pacific economic framework. By creating rules that make it easier to conduct digital trade within the region, such as free data distribution and prohibiting requiring companies to disclose data, the U.S. aims to counter China, where the state controls the Internet and digital services.

U.S. experts and industries have been calling on Washington to join the Digital Economy Partnership Agreement (DEPA), which was signed by Singapore, New Zealand, and Chile in 2020. This is the same strategy that led to the TPP, where the U.S. joined a free trade agreement among four countries, including Singapore. On Nov. 1, however, China announced its intention to join the DEPA as if beating the U.S. to the punch. This made it difficult for the Biden administration to move forward with joining DEPA.

The Indo-Pacific economic framework is vaguer than a free trade agreement, but it has its advantages. Multilateral agreements, such as the TPP, take several years or more to form due to the conflicting interests of each country. In contrast, a speedy conclusion is possible when like-minded countries focus on particular areas. In fact, the U.S.-Japan Free Trade Agreement and the U.S.-Japan Digital Trade Agreement were agreed upon only one year after negotiations started.