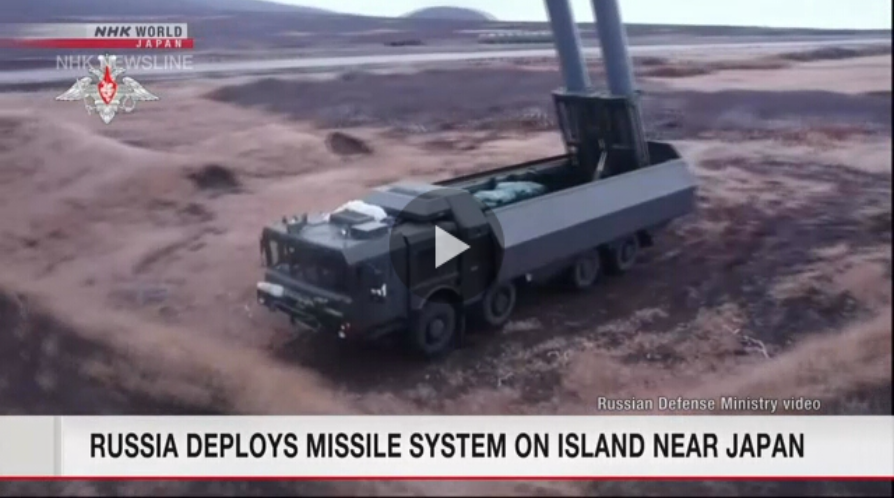 Russia’s Defense Ministry says it has deployed a surface-to-ship missile system on an uninhabited island northeast of the four islands that the country controls but Japan claims.

The ministry said on Thursday that the crews of its Bastion coastal missile system were also deployed and entered duty on the island of Matua to monitor the adjacent water area and straits around the clock.

It added that a naval facility for year-round service was set up on the island.

The island used to host an airstrip for the now-defunct Japanese Imperial military when it was under Japan’s control.

Russia’s military regards the area around the island as strategically important as it is between the Sea of Okhotsk and the Pacific Ocean.

Russia has been building military infrastructure on and near the island. In 2016, it deployed surface-to-ship missile systems on the islands of Etorofu and Kunashiri, which are part of the four islands Japan calls the Northern Territories.

Russia controls the four islands. Japan claims them. The Japanese government maintains the islands are an inherent part of Japan’s territory. It says the islands were illegally occupied after World War Two.