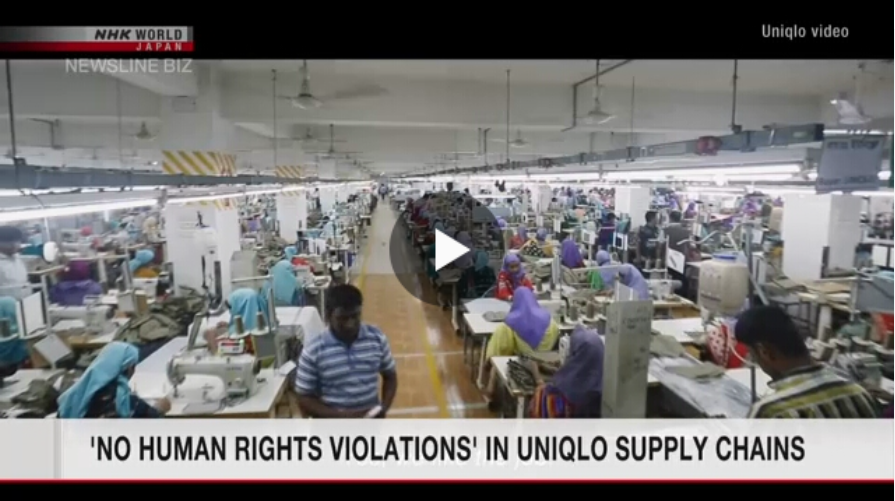 The operator of the Japanese casual clothing chain Uniqlo has confirmed that no human-rights violations have been found along its supply chains.

The international outcry over cotton products allegedly made by forced labor in China’s Xinjiang Uygur Autonomous Region has drawn attention to the supply chains of major clothing brands.

Nitta Yukihiro, Group Executive Officer of Fast Retailing said “We have never had any human rights violations or environmental problems. We have also confirmed that through third party organizations.”

He said the company has set improved supply-chain transparency as one of the company’s business objectives through fiscal 2030. It will establish a system tracking its products all the way back to the raw materials.

Fast Retailing has been publishing a list of its main outsourced sewing plants since 2017. The company says it plans to expand the list to cover all contracted factories by around next March.