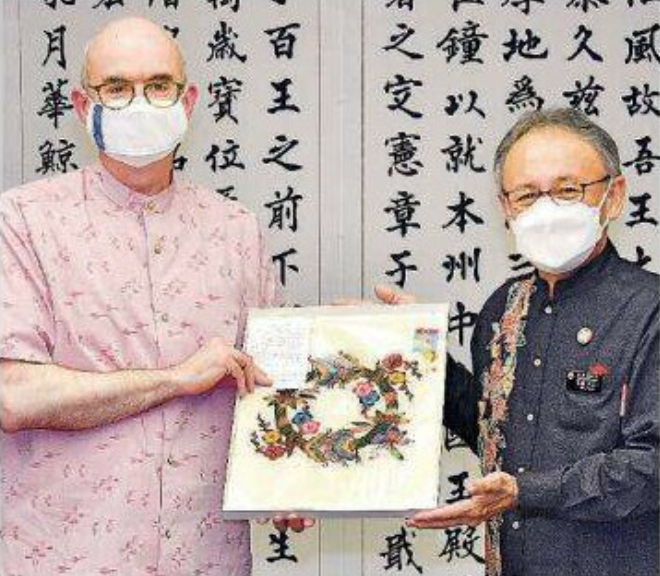 After the meeting, Governor Tamaki told reporters about the discussions. Although the prefecture recently rejected the Okinawa Defense Bureau’s application for approval of design changes related to the construction of a new U.S. base in the Henoko district of Nago City, no mention of the matter was reportedly made at the meeting.

At the meeting, Governor Tamaki pointed out that the “Cooperative Working Team (CWT) to prevent incidents and accidents by U.S. military personnel and civilians in military employ” has not met for a long time and requested Charge Greene to endeavor to have a meeting held at an early date. The Japanese and U.S. governments as well as the U.S. military and Okinawa Prefecture participate the CWT.