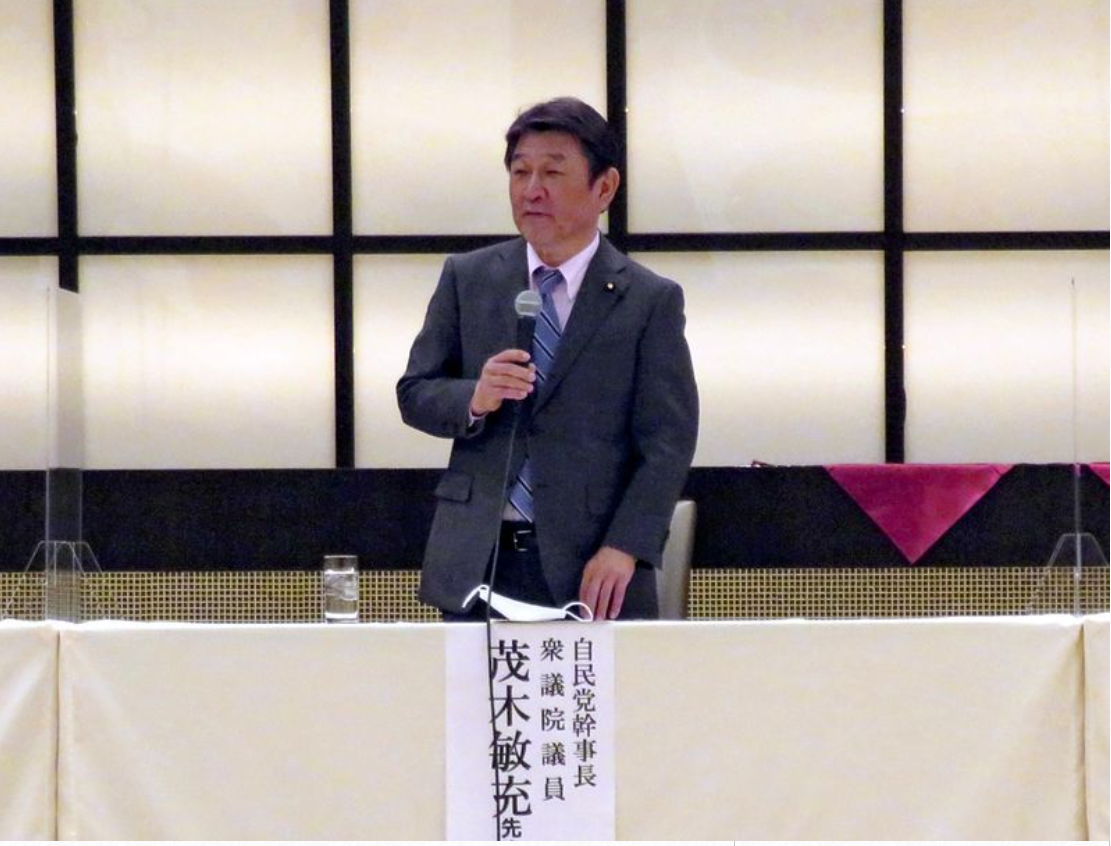 Liberal Democratic Party Secretary General Toshimitsu Motegi is steadily establishing a foothold in the party and aims to make his presence felt as the chairman of his faction, capitalizing on his good relationship with Prime Minister Fumio Kishida, who is also LDP president, and LDP Vice President Taro Aso.

The LDP’s performance in the House of Councillors election next summer will be the litmus test as to whether Motegi becomes the most likely candidate to eventually succeed Kishida as prime minister.

“It’s extremely important for us to win the 32 constituencies where only one seat is up for grabs, including Yamanashi Prefecture.

[Next year] will be critical,” Motegi said during a meeting with local LDP lawmakers and prefectural assembly members in Kofu on Saturday. He asked them to select a candidate for the upper house election by next month.

Since late November, LDP senior officials have been visiting constituencies where only one seat is up for grabs.

Motegi has already visited Okinawa and Yamanashi prefectures and plans to visit other such constituencies every weekend until the end of the year.

He became secretary general on Nov. 4 after his predecessor, Akira Amari, lost in his single-seat constituency in the House of Representatives election in October.

Motegi is known for his superlative ability to get things done. Immediately after becoming secretary general, he held talks with the LDP’s coalition partner, Komeito, about providing benefits worth ¥100,000 to people aged 18 and under, and led the discussions to a conclusion in just three days.

He also has the advantage of being familiar with the situation in constituencies across the country. During his tenure as chairman of the LDP’s Election Strategy Committee from 2014 to 2016, Motegi contributed to victories in lower and upper house elections.

Toshihiro Nikai, who served as secretary general for five years in the cabinets of former Prime Minister Shinzo Abe and former Prime Minister Yoshihide Suga, is known for his political acumen. Motegi is a practical man, who “settles small problems before they fall on the prime minister,” said a senior party official.

Last month, Motegi became chairman of the faction that had been vacant since the death of Wataru Takeshita, a former reconstruction minister, taking over the leadership of the 51-member Motegi faction, the third-largest in the LDP.

Motegi is widely seen as a post-Kishida candidate, bolstered by his good relationship with Kishida and Aso, who also head their own factions.

However, Motegi is said to not get along with Mikio Aoki, a former chairman of the LDP caucus of the upper house, who remains influential in the house. Some lawmakers close to Aoki are antipathetic toward Motegi, but no outspoken objections have been raised since he became chairman of his faction.

The extent to which Motegi can get the LDP’s official candidates elected in the upper house election, as well as candidates from his own faction, is likely to affect his political clout.

The LDP is making arrangements to hold the LDP convention on March 13 in Tokyo, according to sources.

The party is aiming to solidify its unity ahead of next summer’s upper house election. It plans to carefully consider how to run the convention while monitoring the situation of the novel coronavirus pandemic.