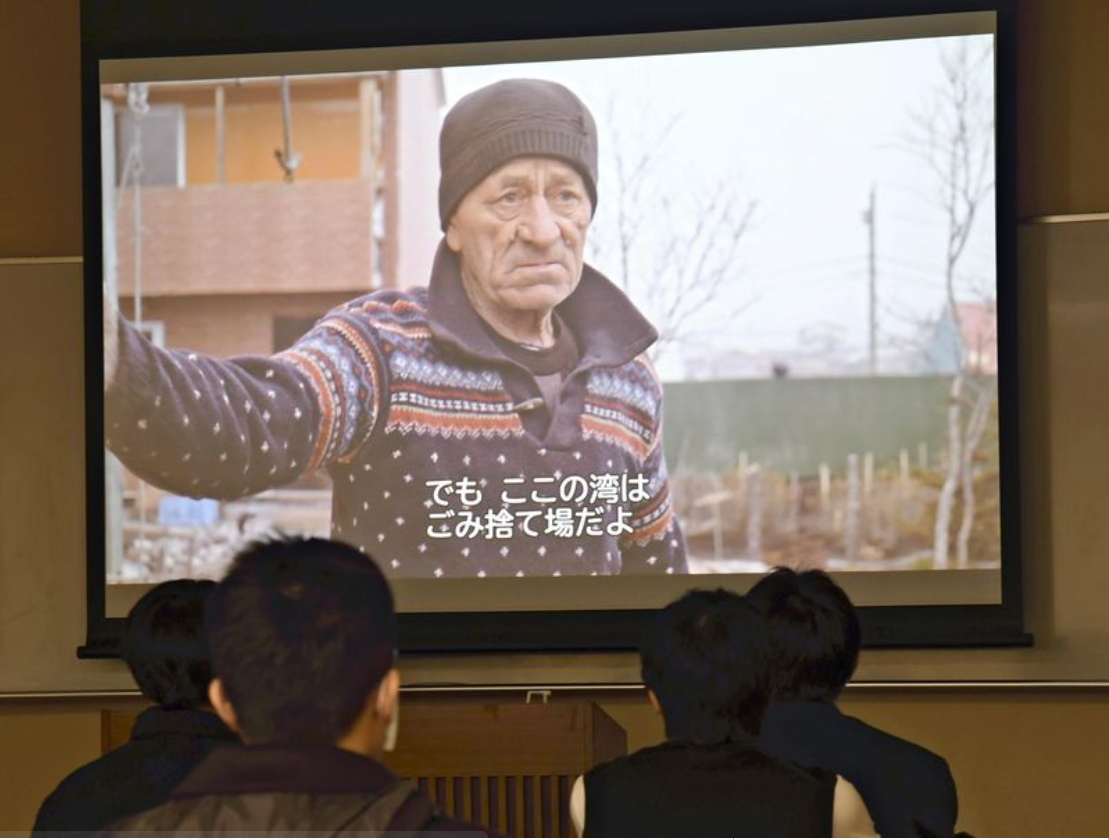 The movie has been praised at film festivals overseas for its unprecedented perspective on the northern territories, such as including the voices of Russian islanders who lament the lack of infrastructure as well as abandoned weapons and other waste.

Prior to the release of “Kounachir,” a preview was held on Nov. 30 at the Tokyo University of Foreign Studies’ Fuchu Campus in Tokyo. Thirteen students from Russia-related clubs participated in the event.

The students eagerly watched the film, which depicts the current state of the island more than 70 years after the territories were occupied by the former Soviet Union around the end of World War II.

The director is Vladimir Kozlov, who grew up in Belarus when it was part of the former Soviet Union and currently lives in France. The 65-year-old shot the film on the island from May to June in 2018, and it won the Grand Prix at a film festival in France last year.

An administrative official insists in the film that Kunashiri Island is Russian territory, while a Russian man who immigrated to the island around 1946 and interacted with Japanese islanders describes how Japanese people were deported and Japanese graves were destroyed.

Another man who appears in the movie criticizes the abandoned weapons, saying, “This is an island of garbage, tanks and artillery.” A woman laments the lack of sewers.

After the screening, 20-year-old freshman Keichi Sato said: “I was surprised that the employment environment was more serious than I had imagined. I thought it was a little better.”

Fourth-year student Rio Katagai, 22, also watched the film. She is the granddaughter of a former resident of Shikotan Island, which is also one of the northern territories, and currently lives in Nemuro, Hokkaido. “I was able to learn about the current state of the island, which is rarely disclosed.”

Kozlov said in a statement that the film includes nothing fictional at all, and it consists entirely of memories of times past, and the thoughts and feelings of real people. He is preparing to shoot a sequel set in Nemuro, which is near the northern territories.

The 74-minute film opened Saturday at the Theater Image Forum in Shibuya Ward, Tokyo. It will be screened in stages at theaters nationwide. 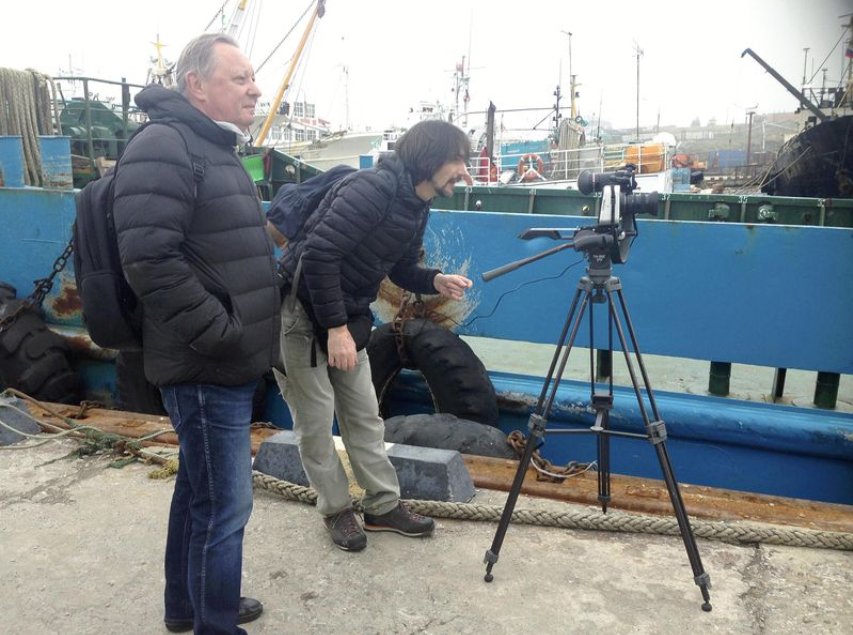 Vladimir Kozlov shoots the film “Kounachir” on Kunashiri Island in 2018. 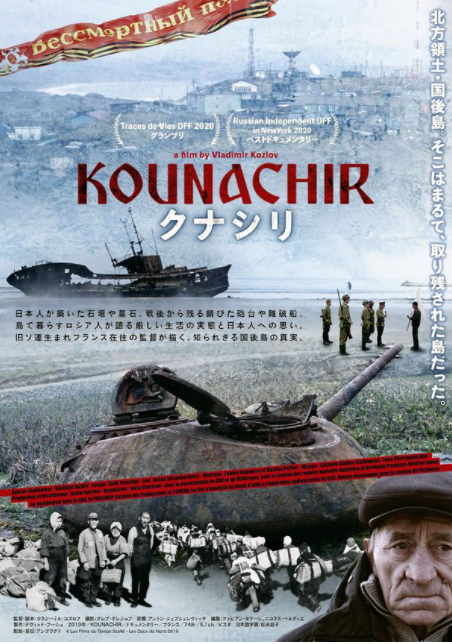