TOKYO — Prime Minister Fumio Kishida has begun looking into giving Japan the ability to strike enemy bases, driven by concerns over rapid military buildups by North Korea and China that Tokyo considers a threat to regional peace and security.

Calls within the government are growing for Japan’s Self-Defense Forces to be equipped to hit enemy bases, should the need arise, based on memories of a military strike by North Korea against the South 11 years ago.

On Nov. 23, 2010, the island of Yeonpyeong off South Korea’s northwest coast, was hit with 170 artillery shells and rockets. The attack, which lasted a little more than an hour, killed four people, two South Korean soldiers and two construction workers. Many others were injured, with homes and forests on the island set ablaze.

A visit to Yeonpyeong, two and a half hours by ferry from Incheon, five years after the shelling revealed many traces of the attack, including demolished houses and the mountain graves of the civilians who were killed.

South Korean forces responded to the bombardment 13 minutes after the attack began. Although they fired some 80 artillery shells and rockets, three of the six self-propelled artillery pieces on the island were inoperable, and the remainder could not take direct aim at the artillery in North Korea. 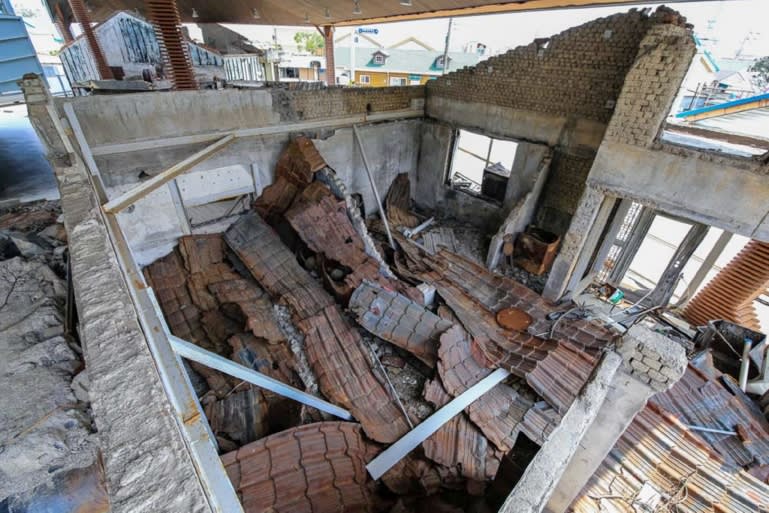 A house demolished during North Korea’s 2010 shelling of South Korea’s Yeonpyeong Island is shown in this August 2015 photo.

South Korean lawmakers from both the opposition and the ruling party criticized the government for allowing North Korea to shell the island for more than an hour, forcing the resignation of the defense minister.

South Korea’s president at the time, Lee Myung-bak vowed to “make North Korea pay the price” for the attack. But in an interview with South Korean media just before leaving office, Lee revealed that the military had been reluctant to carry out his order to launch a retaliatory air raid, arguing that South Korea should not escalate the fighting, but instead consult with the U.S.

The Japanese government, meanwhile, was most concerned with the U.S. government’s response to the incident. According to a memoir by Robert Gates, who was secretary of defense at that time, the White House persuaded South Korea not to launch airstrikes or shell the North in retaliation.

It is easy to imagine a similar scenario in Japan where Tokyo declines to respond to an attack against it and does not receive immediate support from the U.S. military despite the alliance between the two countries.

A view is emerging within the Japanese government that there is no denying the possibility of a North Korean attack on Japan if Pyongyang mistakenly assumes the U.S. will not hit back. Compounding these worries is the understanding that North Korea is a greater threat to the U.S. than it was 11 years ago because it now has ballistic missiles that can reach the U.S. mainland.

Behind these concerns are questions over whether the U.S. would take prompt military action to support an ally if attacked, even if doing so would put the U.S. itself at risk of a retaliatory strike. More broadly there are doubts among strategic thinkers in Japan that U.S. can be trusted, and whether the Japan-U.S. alliance is sustainable if Japan leaves its security entirely in Washington’s hands.

In South Korea, the U.S. retains the right of command in emergencies, such as a major military crisis on the Korean Peninsula, through the two countries’ Combined Forces Command. Even if Japan acquires the capability to strike enemy bases, it will have to act in concert with the U.S. But while both Japan and South Korea rely on the U.S. for their security, conditions differ in each case. 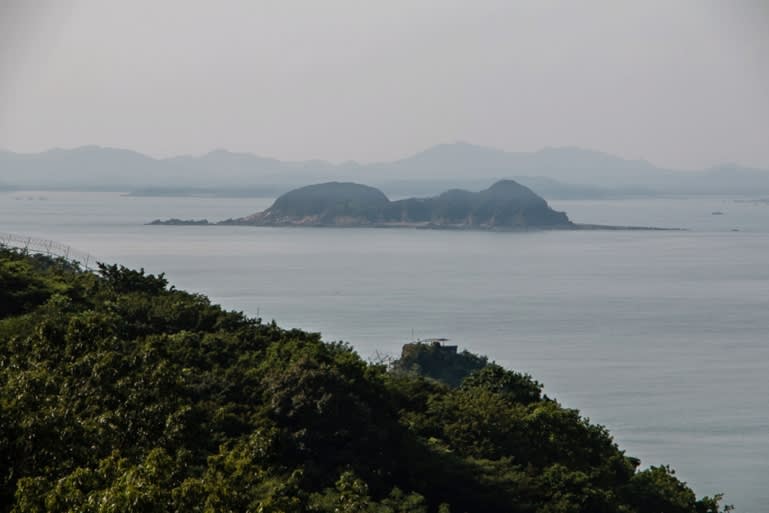 An island in North Korea is seen in the distance from Yeonpyeong Island in this August 2015 photo.

Japan is considering developing strike capabilities, combined with its missile defense shield, primarily to enhance deterrence and discourage North Korea from attacking it. By developing the means to counterattack on its own, Japan will have another option if the U.S. takes a wait-and-see approach in the event of a North Korean attack, or if it fails to take prompt action to defend Japan.

There are similarities between the international situation now and the 2010 bombardment of Yeonpyeong. Relations between China and North Korea grew warmer 11 years ago as U.S.-China friction worsened. China actively supported the North Korean regime of Kim Jong Il, offering it economic aid. South Korean experts on the North said at the time that Pyongyang had grown confident Beijing would not abandon it, whatever actions it took against Seoul.

Despite the parallels, most foreign policy and military experts believe North Korea is unlikely to stage a preemptive attack on Japan. Nevertheless, Tokyo seems interested in having its own military insurance policy.

But there are a number of hurdles to clear if Japan’s envisioned strike capability is to serve as an effective deterrent to a North Korean attack. Such a capability would have to do more than hit missile launch sites and equipment. Studies would be needed on how to neutralize North Korea’s command and control systems.

This, in turn, would require collection and analysis of precise information on missile facilities hidden around the country and the people who operate them. As satellite-based data alone would be insufficient, the collection of intelligence through wiretapping, human intelligence and other advanced capabilities would be needed. The cost of such intelligence gathering would be huge.

“Discussions should focus on deterrence,” said Taro Kono, a high-ranking member of the ruling Liberal Democratic Party who previously served both foreign and defense minister, in a recent online newsletter. He added that Japan needs four capacities: to strike enemy bases with ballistic and cruise missiles in order to take out aircraft and guided missile launch sites, among others; to conduct intelligence, surveillance and reconnaissance operations; to establish air superiority; and to assess the effectiveness of strikes.

“Japan’s counterattacks need to wipe out North Korea’s missile capabilities to the point where the enemy gives up on the second phase of an attack,” said a retired Japan Self-Defense Force officer.

As the second phase of a North Korean attack on Japan might well include nuclear ballistic missiles, experts estimate millions of people in cities might die, should Japan’s counterattack fail. Discussions over acquiring the ability to hit enemy bases must take a clear-eyed look at Japan’s security environment and objectively assess how to prevent the nightmare scenario from ever coming to pass.