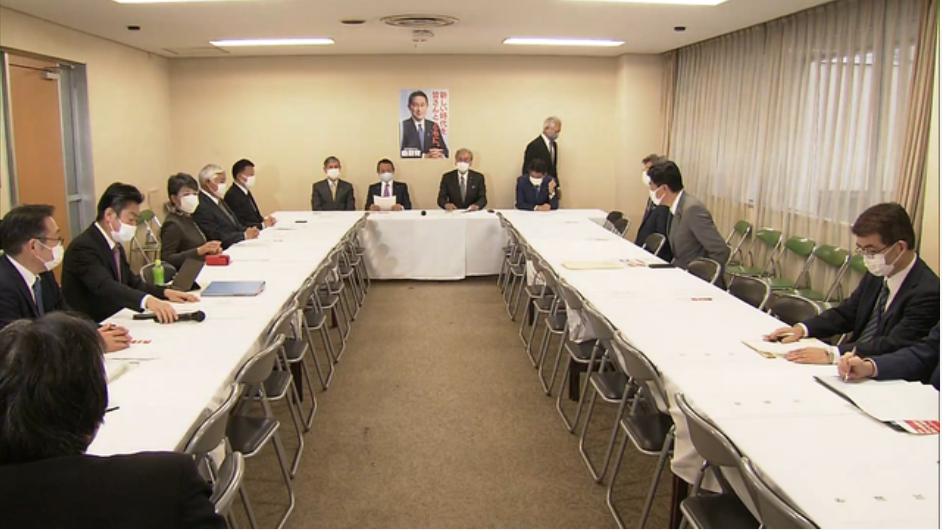 Key members of Japan’s main ruling Liberal Democratic Party have agreed on an action plan aimed at gaining public support for revisions to the Constitution at a panel meeting.

A party panel tasked with promoting such revision recently changed the name it uses to describe its aims. Once touted as working on “the promotion of revision of the Constitution,” the group is now described as tasked with “realizing” such changes.

Former Prime Minister Abe Shinzo and party vice-president Aso Taro were among those in attendance on Tuesday at the panel’s first meeting since the name change.

The participants agreed to step up efforts to amend the Constitution, and to explain the need for such revisions to people across the country.

They also agreed to set up a subcommittee tasked with launching a nationwide campaign featuring rallies, citizen-discussion groups and other promotional events.

Panel chair Furuya Keiji told reporters after the meeting that it is important to create opportunities for citizens to take part in discussion on possible Constitutional revisions. He said the panel will lay the groundwork for such dialogue.