WASHINGTON — Eighty years after the Japanese attack on the U.S. naval base at Pearl Harbor, the two countries have succeeded in overcoming their differences to become indispensable allies, Gerald Curtis, professor emeritus of political science at Columbia University, said in an interview with Nikkei.

“First, a tactical military success can lead to strategic failure,” he said. “Japan’s surprise attack was a success. But its consequences were disastrous for Japan. It freed the U.S. from the hold of isolationism, allowing President [Franklin] Roosevelt to declare war on Japan and Germany with widespread public support.

“Understanding your opponent’s politics and culture is critical. Japan failed to do so. It let itself believe that a crippling attack would lead to negotiations with the U.S.,” he said. 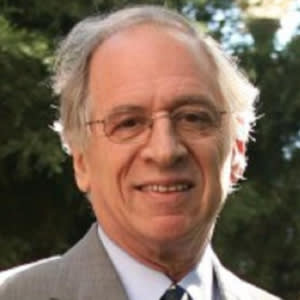 Curtis drew parallels to more recent conflicts, contending that a lack of knowledge about Vietnam, Iraq and Afghanistan had a lot to do with the failure of U.S. policy in those countries. “We have been relying too heavily on military power in our foreign policy and have not paid enough attention to forging a long term political strategy,” he said.

Pearl Harbor also highlighted the potential risks tied to economic sanctions, Curtis added. “Economic sanctions can be an effective tool, but not if they leave the enemy with little choice but abject surrender. The U.S. suspension of oil exports to Japan in the late 1930s over its invasion of China backfired and led directly to Pearl Harbor,” he said.

“It is important to seek the peaceful resolution of conflicts up to the very last moment. A summit meeting between Roosevelt and then-Japanese Prime Minister Fumimaro Konoe might well have ended in failure. But even if the chances of success were small, Roosevelt made a mistake by refusing to meet,” he said.

Since then, the U.S.-Japan alliance has become “indispensable” to both countries, Curtis said.

“Japan and the U.S. used to be foes. Over the past decades, they have not only formed an alliance but have achieved a remarkable sense of closeness between their people as well,” he said.

Bilateral ties will only grow stronger, Curtis predicted. “Japan is the most important country for the U.S. presence in Asia, while Japan’s national security hinges on the U.S.,” he said.

Curtis named Taiwan as a major risk for the Asia-Pacific region moving forward. “There will be war if China attempts to take Taiwan by force,” he warned. “It is important that we do everything possible to maintain the status quo in the Taiwan Strait. We need to be firm in our support for Taiwan’s defense while avoiding actions that are provocations against China and that could lead the situation to spiral out of control.”

Curtis urged actors in the region to think rationally, calling Pearl Harbor an “irrational” act. “China has nothing to gain and a great deal to lose from war,” he asserted.

Regarding Japan’s response to China, he said, “Japan has its own strategy, and it won’t necessarily be completely in line with the U.S.”

“The Biden Administration would benefit from listening to Japanese views about how best to deal with China. Japanese Prime Minister Fumio Kishida needs to explain Japan’s China strategy and offer advice to Biden about how the two countries should coordinate their policies toward China” he added.

Curtis also discussed an eventual trip by Kishida to the U.S. “There is no need to plan a trip before the end of the year,” Curtis said. “The leaders should meet at a time convenient for both, and with a well prepared, substantive agenda to discuss,” he said. “A hastily arranged summit between the U.S. president and a new Japanese Prime Minister that does little more than confirm the importance of the alliance is no longer needed. No country, not the U.S., not Japan, not China, not any country has any doubts about the strength of the U.S.-Japan relationship,” he said. “Both President Biden and Prime Minister Kishida have a host of domestic issues to deal with. There is no reason for the prime minister to rush to Washington, DC.”