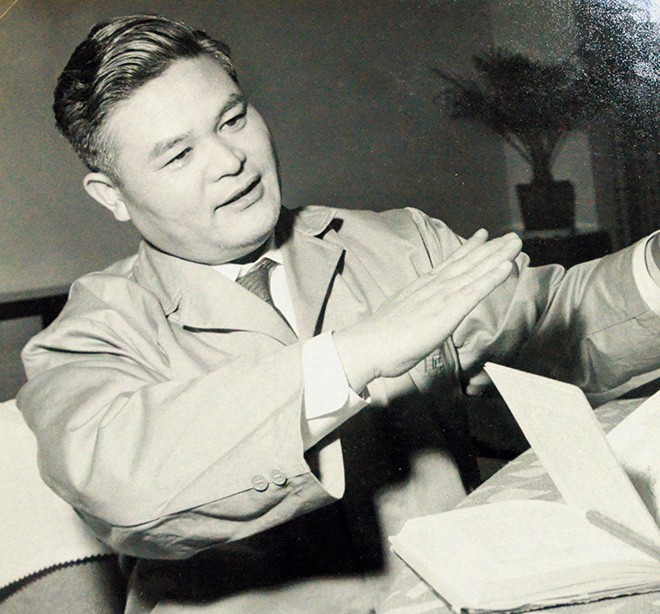 Eighty years after the attack on Pearl Harbor, the first Japanese prisoner of war has been freed from the stigma and reunited with his fellow sailors who piloted midget submarines in an ill-fated assault that day.

Kazuo Sakamaki joined the nine other sailors who manned those submarines on a monument erected in Ikata, Ehime Prefecture, on Dec. 8, the 80th anniversary of the attack Japan time.

The monument, which is located near Mitsukue Bay, bore the photos of the 10 young submariners of the Imperial Japanese Navy. 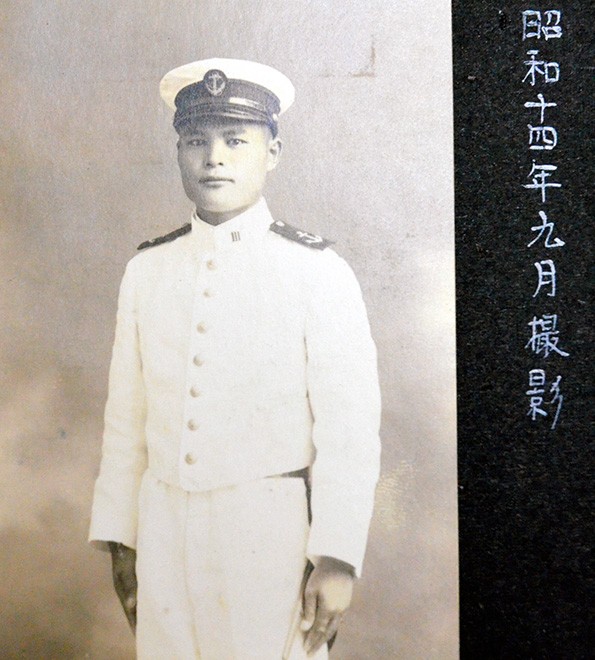 Kazuo Sakamaki when he was around 20 (Provided by Kiyoshi Sakamaki)

“My father must be happy to return to the place at long last with all his other crewmates 80 years after they had trained here,” said Kiyoshi Sakamaki, 72, a son of Sakamaki and a resident of Toyota, Aichi Prefecture.

Before the new monument was installed, the bay had hosted one dedicated to the nine sailors who died in the attack.

The Imperial Japanese Navy ignored Sakamaki as if he had never existed. He had been stigmatized because he was the first Japanese taken prisoner of war in the Pacific War with the United States after he was forced to abandon his sub.

ated in the attack from beneath the waves erected the structure after raising funds through crowdfunding.

Mitsukue Bay is where Sakamaki and crew members had secretly trained in the mini submarines since spring 1941, according to Sakamaki’s memoirs and other historical records.

The 24-meter-long submarines could carry only two crew members and two torpedoes each. They were effectively sent on suicide missions because it was nearly impossible for the crew to return to their mother ship once they were launched into the sea.

In the attack on Pearl Harbor, Sakamaki and the nine sailors were assigned to strike their targets separately from the waves of planes that took off from six aircraft carriers that made up the Japanese strike force together with destroyers and other vessels.

But Sakamaki’s craft ran aground. He and his crewmate managed to abandon their submarine, but they became separated in the water. His fellow crew member was later announced dead.

Sakamaki was washed ashore and taken captive. The crewmen on the other four submarines died during the attack.

The Imperial Japanese Military’s Headquarters announced the deaths of the nine crew members in March 1942, almost three months after the attack, extolling the sacrifice they made for their country.

They were posthumously promoted two ranks. 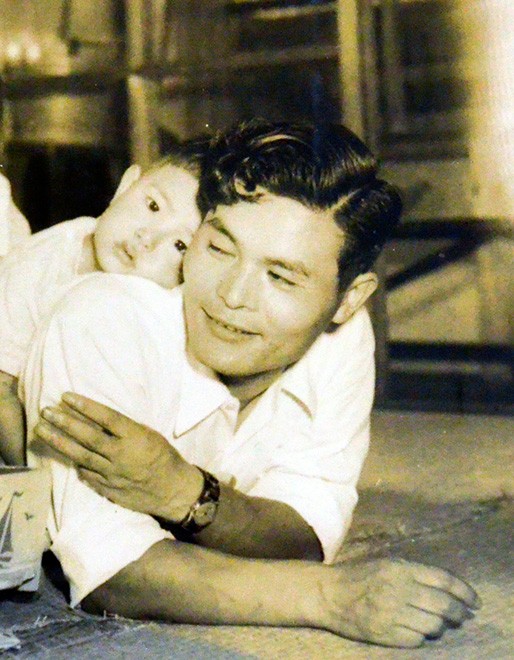 Kazuo Sakamaki and his son, Kiyoshi (Provided by Kiyoshi Sakamaki)

Japanese media, including The Asahi Shimbun, lauded them as the “nine war gods” in the wartime frenzy.

The Navy knew that Sakamaki was alive and taken as a POW.

But it would not divulge any information about him, including whether he participated in the attack on Pearl Harbor.

Navy officers visited his parents’ home in Tokushima Prefecture to inform that they did not know if their son was alive and instructed his parents not to tell anyone.

Mitsuo Fuchida, who commanded the air strike in the attack, wrote in his autobiography that “the Navy scrubbed the face of officer Sakamaki from a photo taken with the nine other crew members before they were sent out.”

Sakamaki spent the following four years until the end of World War II as a POW.

After he became a prisoner, he asked the U.S. military to allow him to take his own life. That was because Japanese military personnel had been taught that death was preferable to the shame of being taken prisoner.

But he slowly began to embrace different thoughts about his captivity over the course of being transferred to one internment camp to the next and picking up English. He was regarded as a leader of Japanese POWs.

“For what reason is it justifiable to say that Japanese military personnel who were taken as prisoners are unpatriotic and deserve death?” Sakamaki later wrote in one of his memoirs. 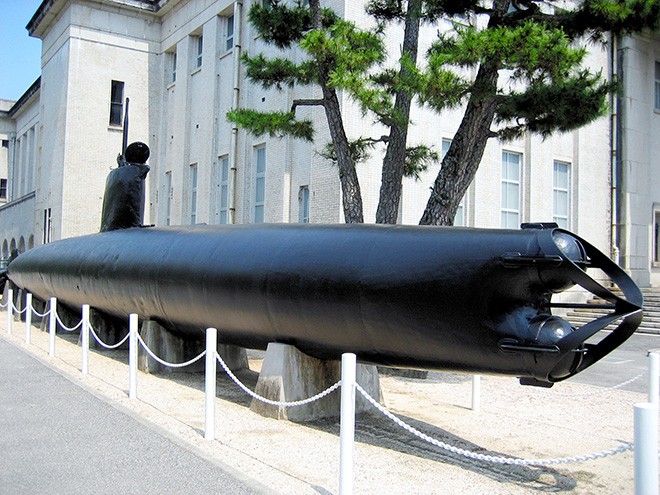 A two-man submarine used in the Japanese attack on Pearl Harbor in 1941. It was returned to Japan in 1961. It is now on display at a school of the Maritime Self-Defense Force in Etajima, Hiroshima Prefecture. (Asahi Shimbun file photo)

What prompted a change of perspective was witnessing the manner in which the U.S. media criticized their own government, which was not the case with the wartime Japanese government. In addition, U.S. society respected individuality, an attribute that was often dismissed in Japan.

Sakamaki returned to Japan in 1946, a year after the war ended. He later worked for Toyota Motor Corp. and became the president of a Toyota subsidiary in Brazil. He died in 1999 at the age of 81.

Sakamaki published two memoirs–one in 1947 and another in 1949–to describe his war-time experiences after his return to Japan. But other than that, he shared nothing with others, including his own family.

Kiyoshi had felt awkward about asking his father about the war and his experiences since it seemed a taboo subject. Since he was very young, people had often jeered him, saying, “You are a son of Japan’s first POW.”

He finally read his father’s memoirs last year, when they were reprinted together in one volume and published privately by a relative.

Kiyoshi said he was deeply touched by what his father wrote. 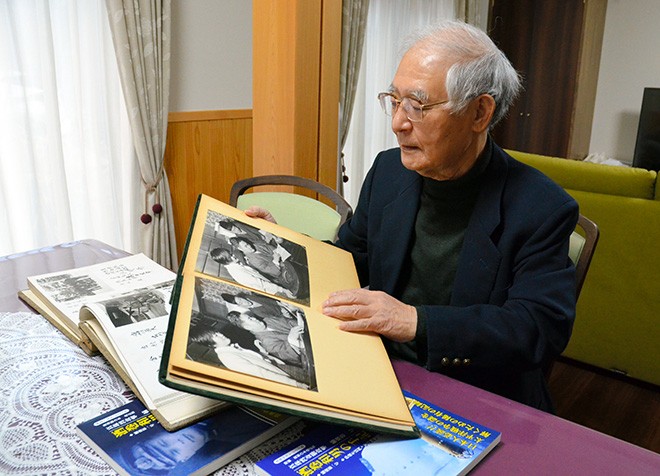 Sakamaki recounted that he first agonized over what to do with his life as someone who was still living while his own country was denying his existence.

He went on to say he came to believe he has a role to play and inspired other POWs to move on and live their lives fully, putting a sense of shame behind them.

After reading the memoirs, Kiyoshi was determined to speak up publicly about what his father endured. He is hoping that many young people will read them.

“Japan fought a war in which fallen soldiers were enshrined as war gods while those who survived a battle were treated as non-existent,” Kiyoshi said. “We should never forget that powers to be will treat people like that any time.”