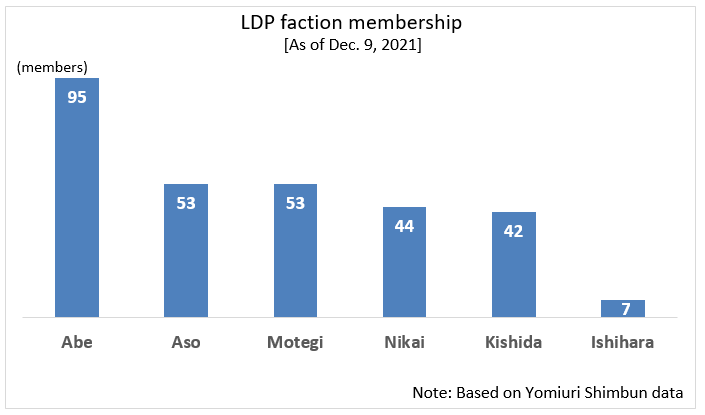 On Dec. 9, LDP Lower House members Gotoda Masazumi and Eida Eishun joined the Motegi faction (Heisei Kenkyukai). This brings the faction’s membership to 53, equal to that of the Aso faction, which is the second largest. At a faction meeting held that same day, LDP Secretary-General Motegi Toshimitsu said, “It’s not a matter of which faction is second largest and which is third. Our faction will support the Kishida administration as a major LDP faction. It is our privilege to bear this important responsibility.”

Gotoda has been a member of the Heisei Kenkyukai in the past, and Motegi welcomed him back, saying, “You have returned from a long journey.” Ueda won a Lower House seat (Toyama No. 2 district) for the first time in the recent Lower House election.