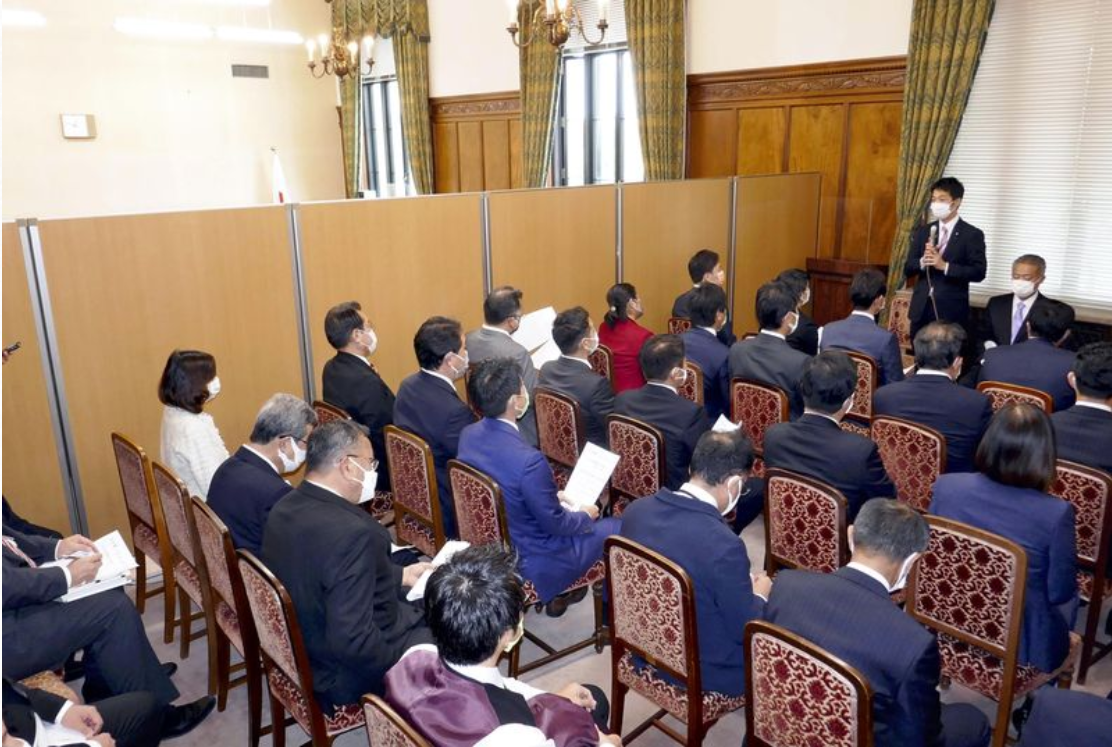 The Yomiuri Shimbun / A meeting room at the Diet Building shared by the ruling Liberal Democratic Party and opposition Nippon Ishin no Kai is seen on Dec. 8. The area in the front of this photo is used by Ishin, while the area behind the partition is used by the LDP.

In one of the most unusual outcomes of the recent House of Representatives election, the ruling Liberal Democratic Party and opposition Nippon Ishin no Kai (Japan Innovation Party) are now sharing a meeting room in the Diet Building.

Meeting rooms are allocated according to how many legislators a party has in each of the two houses of the Diet.

Ishin increased its seats in the lower house from 11 to 41 in the recent election, and asked the LDP to let it use part of a meeting room that the ruling party has been using.

The LDP readily consented, a clear indication that it wants to deepen its cooperation with Ishin, which surged to the No. 2 opposition spot in the election, over issues including Diet management and amending the Constitution.

The two parties are sharing meeting room No. 24, an about 180-square-meter space on the third floor of the lower house. Only a movable partition separates the areas used by the two parties.

Both parties use room No. 24 for press conferences and meetings. To avoid the other side’s voices drifting over, the LDP and Ishin no Kai have arranged not to be present at the same time.

A solid wall could be installed, but the LDP left the room as it is because it “wants to facilitate an exchange of views with Ishin by creating a more open atmosphere,” according to a senior party official.

Nonetheless, Ishin has become increasingly critical of the LDP over such issues as reviewing the allowance given to Diet members for correspondence, communication and transportation expenses. It is unclear whether the LDP can narrow the gap with Ishin as the ruling party seeks to do.