Who you gonna call? Kishida says no ‘ghosts’ at new residence 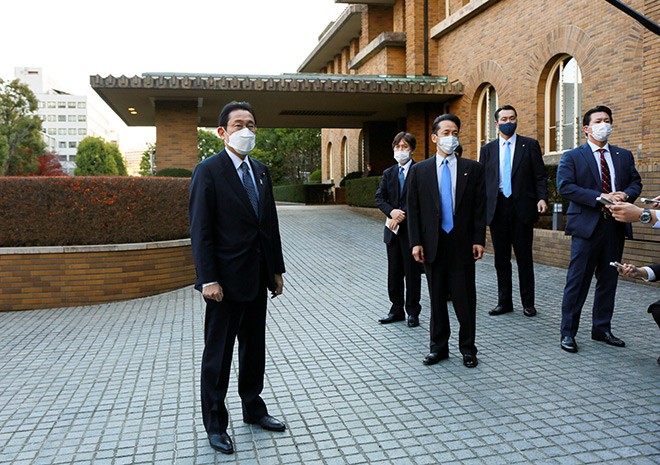 Prime Minister Fumio Kishida made his first walk to work from his new residence, a building with a bloody past that has long been rumored to be haunted, apparently well rested and in good spirits.

“I feel like I was able to sleep well,” Kishida told reporters on the morning of Dec. 13 before leaving the prime minister’s official residence for his office.

He moved into the official residence, located next to the prime minister’s office, on Dec. 11.

His two predecessors, Shinzo Abe and Yoshihide Suga, chose not to move into the official residence, making Kishida the first prime minister to live there in nine years.

It has been associated with two bloody coup attempts in Japan. Former Prime Minister Tsuyoshi Inukai was assassinated there on May 15, 1932, by a group of naval officers. In 1936, it was the site of what is now known as the Feb. 26 Incident, in which a radical faction of the Imperial Japanese Army tried to overthrow the government.

There are rumors that the official residence is haunted by ghosts related to those incidents.

In 2013, the Abe Cabinet officially responded to speculation about ghosts in the residence, denying it was aware of any such rumors amid questions about why Abe never moved in.

When asked if he saw any ghosts, the intrepid Kishida replied with a smile, “No, I haven’t seen them yet.”