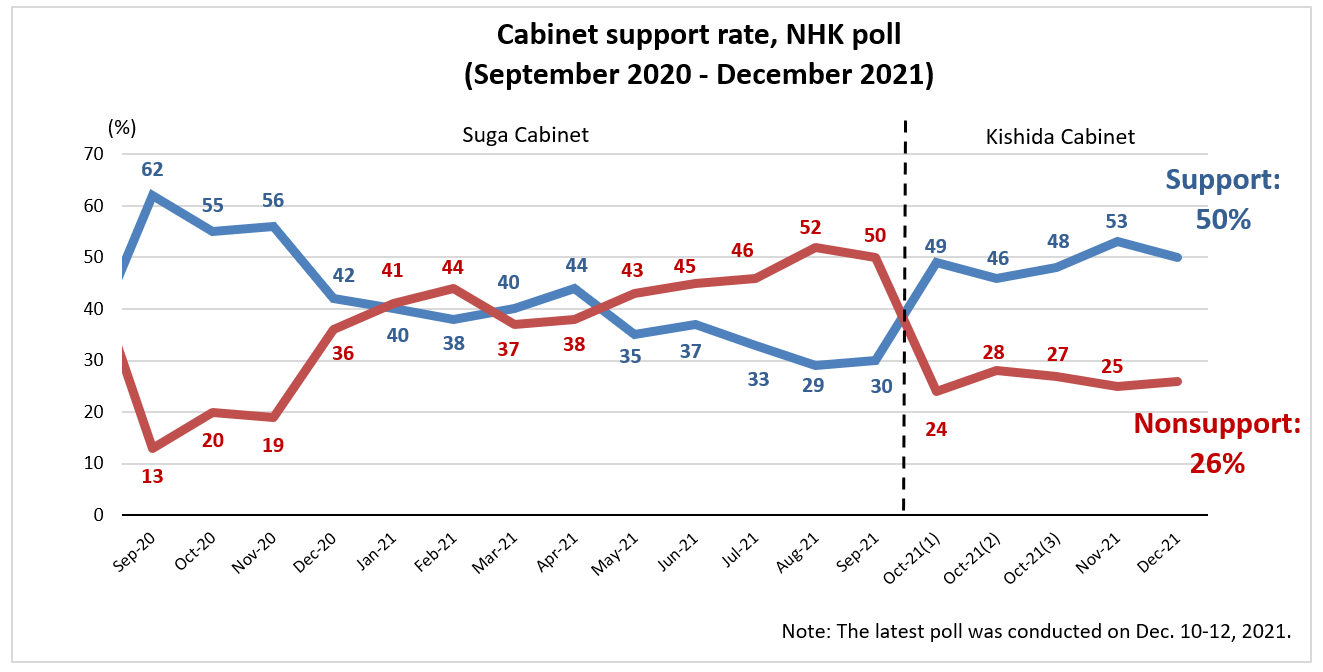 According to the December NHK public opinion poll, 50% of respondents said they support the Kishida Cabinet, down 3 percentage points from the survey conducted last month. Nonsupport inched up by 1 point to reach 26%.

NHK conducted a nationwide survey over the three-day period of Dec. 10–12, 2021, on a computer-aided random digit dialing (RDD) basis and targeted men and women aged 18 or over with calls placed to landline and mobile phone numbers. Valid responses were received from 1,190 of the 2,093 people polled. The valid response rate was 57%.

The United States and some other countries have decided not to send government officials to the 2022 Beijing Winter Olympic and Paralympic Games, citing the situation of human rights in China. Asked whether they are in favor of or opposed to Japan’s taking similar action, 45% said they support it, 34% said they oppose it and 21% said they do not know or they did not answer the question.

Diet members are given a 1 million yen monthly transportation and communications allowance. The ruling parties say that changing the payment so that it is disbursed on a diem basis should be prioritized, while the opposition parties say that Diet members should also be obligated to disclose how they spend the funds. Asked how the current Diet session should handle the matter, 20% said “the Diet should at least decide to disburse the allowance on a per diem basis” while 65% said “the Diet should also make it mandatory for Diet members to disclose how they use the funds” and 5% said “nothing needs to be changed.”