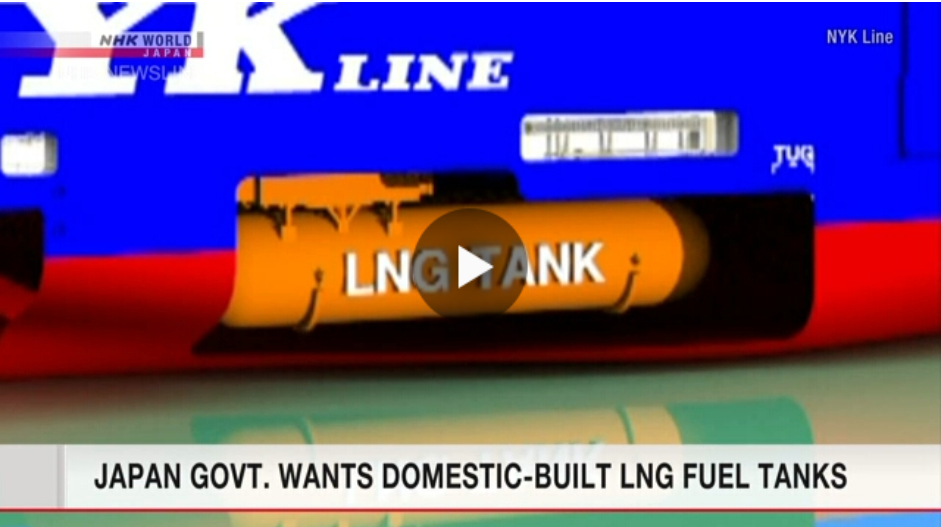 Japan’s government has announced a plan to support the domestic production of fuel tanks for ships powered by liquefied natural gas. Demand for such vessels is growing, as they emit less carbon dioxide than those that run on heavy oil.

Japan’s three biggest shipping companies are planning to introduce around 170 LNG-powered vessels between them by 2030.

Japan’s transport and environment ministries intend to set up a program to support the production of the fuel tanks.

Currently, most such tanks are imported. The government support will include a subsidy covering 50 percent of the cost of boosting production capabilities.

The ministries are also planning to study whether it is possible to standardize the shape and materials of the tanks to streamline mass production.