Can TSMC give new spark to Japan’s ‘Silicon Island’?

Kumamoto Prefecture, and the southwestern island of Kyushu more broadly, have long been crucial to Japan’s once-mighty semiconductor industry.

The TSMC chip plant, which will be heavily subsidized by the Japanese government, has stirred hopes for a revival of what policymakers and industry players had touted as “Silicon Island.” How effective the big commitments by TSMC, Sony and Japan will prove depends in part on an ability to supply a changing auto industry, analysts say.

A closer integration of the auto and chip industries, driven by the shift toward electric vehicles, “would make chip production in Japan more meaningful for TSMC,” said Sanshiro Fukao, senior analyst at Itochu Research Institute.

The 21.3-hectare site they chose sits in the town of Kikuyo, adjacent to Sony’s flagship image sensor plant. During a visit to the site in late November, preparations were underway for a 2022 groundbreaking. 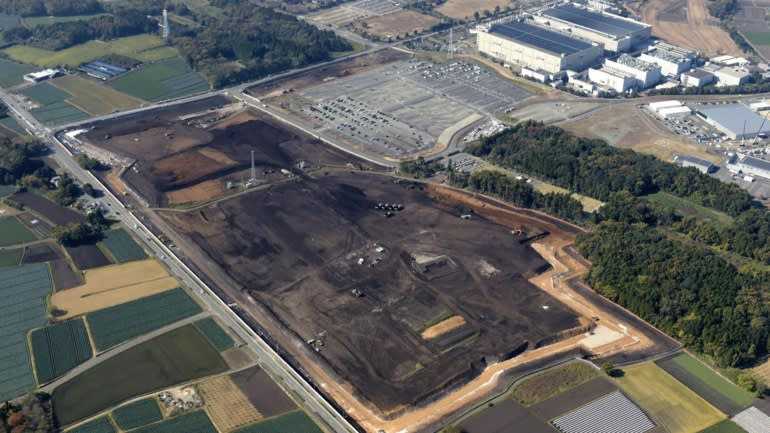 An aerial view of site of a planned semiconductor plant by TSMC and Sony in the town of Kikuyo in southwestern Japan. The site is part of a cluster of chip industry facilities.   © Kyodo

Kikuyo and the neighboring city of Koshi also serve as a development and production base for Tokyo Electron, Japan’s top producer of chipmaking equipment, and its suppliers. The TSMC-Sony plant is expected to create about 1,500 jobs, bringing total employment at this industrial zone to around 10,000 people.

Kyushu has been central to Japan’s semiconductor industry since Mitsubishi Electric built a chip plant in Kumamoto Prefecture in 1967 and NEC followed suit in 1969. NEC Kyushu — now part of Renesas Electronics — once boasted one of the world’s largest chipmaking operations, helping to drive NEC’s global lead in chip sales in the 1980s.

Locals hope for a return to the “Silicon Island” days. About 35% of all Japanese businesses involved in producing integrated circuits are based in Kyushu, and the region’s IC output came to 736.1 billion yen last year, 43% of the nationwide total, according to the Kyushu Bureau of Economy, Trade and Industry. The disruption caused by the 2016 Kumamoto earthquakes showed the island’s importance for the chip supply chain. 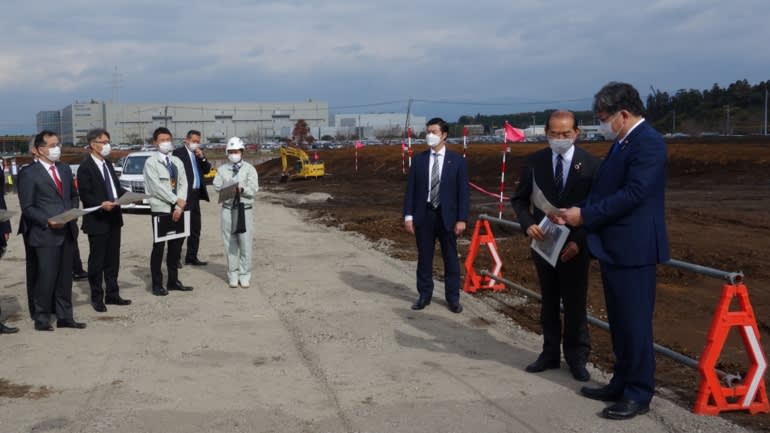 But as Japan’s chip industry has languished, the plants responsible for its former glory have fallen off the global investment radar. Sony’s image sensors, a crucial piece to cameras for smartphones and cars, offer an example.

These components are made at state-of-the-art plants in Kumamoto and Nagasaki prefectures. But plants for logic chips, which provide the brains in electronic devices, are produced at older factories. Japanese chipmakers have retreated from in-house production of advanced logic chips.

The TSMC-Sony plant will make logic chips, starting with models for signal processing for Sony’s image sensors. The production process to be used at this plant, at 22 nanometers to 28 nm — a measure of how tightly packed features are on a chip — will be the most advanced in Japan for logic chip production. Yet it is a decade old for TSMC, which mass-produces leading-edge 5 nm chips in Taiwan. The Japan plant will be unable to make the powerful chips at the core of the latest smartphones and servers.

“It’ll be important to figure out how to build a sustainable business model,” Fukao said.

Electric vehicles are one promising avenue, with demand set to rise as nations commit to cutting carbon dioxide emissions.

Chips in the 22- to 28-nm range occupy a sweet spot for autos and industrial equipment, being on the new side while not requiring the costly, specialized processes needed for bleeding-edge smartphone processors. They are used in power management, communications for Internet of Things devices and various other applications.

The auto industry’s heavy presence in the area may help TSMC and Sony capture such demand. Kyushu also has been dubbed “Car Island” for its concentration of parts makers supplying nearby factories run by automakers including Nissan Motor and Toyota Motor.

Manufacturers of core EV components can be found within a 1,500-km radius of Kumamoto. Besides TSMC’s home turf of Taiwan, this area covers battery makers Contemporary Amperex Technology Ltd. (CATL) of China and LG Chem of South Korea, as well as a Nidec motor plant in Dalian, China.

Kyushu offers easy access to Beijing and coastal China, major population centers in the world’s largest electric-vehicle market. The TSMC-Sony fab will be close to Kumamoto Airport, and the nearby port of Yatsushiro added a container shipping route to Taiwan this year on top of its existing service to Busan, South Korea.

The island’s solar, geothermal and other renewable power capacity, supported by nuclear power, can appeal to manufacturers under pressure to go carbon neutral.

China is investing heavily in production of older logic chips, which fall outside the scope of U.S. sanctions, and power chips crucial to energy-saving devices. In Germany, Bosch opened a chip plant in June in Dresden, home to Volkswagen’s largest electric-vehicle factory.

The Kumamoto Prefecture government has created a cross-agency body to help ensure that the TSMC-Sony project starts smoothly.

“There are many auto parts makers in our prefecture, and we want to encourage partners with the semiconductor industry,” a representative said.