Opinion: Why Japan does not need nuclear submarines

After Australia, as well as North Korea, decided to acquire nuclear-powered submarines, and as South Korea shows great interest in procuring its own nuclear submarines, is it time for Japan to do the same?

As Takaichi, who is now the party’s new policy chief, specifically pointed out, nuclear-powered submarines are bigger, faster, have greater strike capacity, are harder to detect and can stay submerged for long periods of time without having to refuel than conventional-powered submarines.

Fumio Kishida, who won that party ballot and is now prime minister, took a more cautious stance. “When I think about Japan’s national security arrangements, to what extent do we need it?” Kishida said. 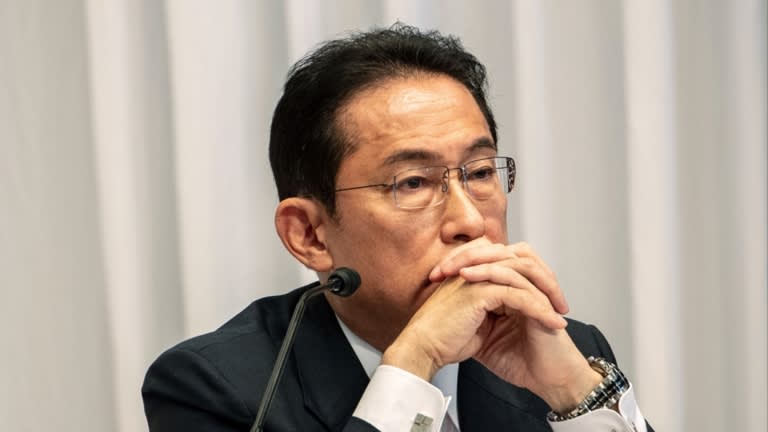 Fumio Kishida attends a debate organized by Liberal Democratic Party at its headquarters in Tokyo on Sept. 20: he took a more cautious stance.   © AP

Just like the LDP, naval warfare experts are also divided over whether Japan should have nuclear submarines. According to Ridzwan Rahmat, principal defense analyst at military publisher Janes, it would make adversaries such as China and North Korea think twice about conducting provocative actions in disputed maritime areas.

“They may not have the capability to detect and track nuclear submarines given their stealthier nature,” the Singapore-based Rahmat said. “This will be advantageous for Japan’s defense.”

London-based naval analyst Tim Fish believes Japan does not need nuclear-powered submarines. “The main maritime threats to Japan are from China and North Korea and both countries are located geographically very close,” said Fish, adding that Japan’s fleet of diesel-electric powered submarines are “excellent platforms for operating in the Sea of Japan, Yellow Sea, East China Sea, the South China Sea and the wider Western Pacific and Indo-Pacific theater.”

But what if the U.S. asked Japan to start conducting joint patrols in the South China Sea in order to help curb China’s influence? That too is something that its current fleet of submarines have shown they are capable of doing.

“The Japan Self-Defense Forces has major challenges to improve cooperation between its own services as well as integrate with U.S. forces and it should concentrate on this,” said Fish. “For the U.S., the occupation of small islands in the Western Pacific through the East China Sea down to Taiwan and further to the Philippines as part of the U.S. Marine Corp’s Expeditionary Advance Base Operations concept is far more important and in which Japanese forces can play a key role.”

Fish is right. Japan must not forget that submarines are just one part of a broader maritime security picture. There are a host of other platforms, from unmanned surface and underwater vehicles, aircraft, surface ships, space and land-based systems that all play a role in maritime security.

Developing and building nuclear-powered submarines from scratch would be hugely costly and not add much in terms of capability that the JSDF already has across its existing three land, sea, and air forces.

With Japan’s government debt already standing at 266% of GDP — the highest in the world and twice that of the U.S., there should be a strict limit as to how much Japan should add to its ballooning national deficit in an attempt to match China’s increasing military might.

In addition to the issue of the cost-benefit performance, the Japanese government also needs to convince the pacifist Japanese people that nuclear submarines are a safe and secure defense policy should it really aim to acquire them.

Given the Japanese citizenry’s long-standing aversion to all things nuclear in the wake of the two atomic bombs in 1945 and the Fukushima nuclear power plant disaster in 2011, it would be a daunting challenge indeed to build a national consensus on the issue.

Moreover, Japan’s neighbors including China, North and South Korea and in Southeast Asia may be overly alarmed by such a resurgence in Japan’s military capabilities.

China and the two Koreas may be unable to complain too loudly in response to Japan acquiring nuclear submarines because Japan could argue that is merely acting in response to what those countries are already doing. But nations such as Singapore would have good reason to worry about a surging and reckless East Asia arms race.

Japan should not be seen as a nation of military resurgence by having offensive nuclear submarines. Rather, it should hold onto its legacy as a peace-loving nation by sticking to conventional submarines.

Under the new Kishida administration, Japan plans to revise three key defense strategies, the National Security Strategy, National Defense Program Guidelines and the Medium Term Defense Program at the end of 2022 all at once.

Kishida has reiterated his resolve to “consider all options without excluding them and strengthen the necessary defense capabilities” in formulating those strategies. Since Kishida has said all options will be on the table, there is still some possibility that the government will reconsider whether Japan should possess nuclear submarines.

This issue will serve as a litmus test for whether Japan will once again fashion itself as a military power, which may lead to the final demise of the pacifist constitution that has strictly limited the offensive strike capabilities of the JSDF so far.