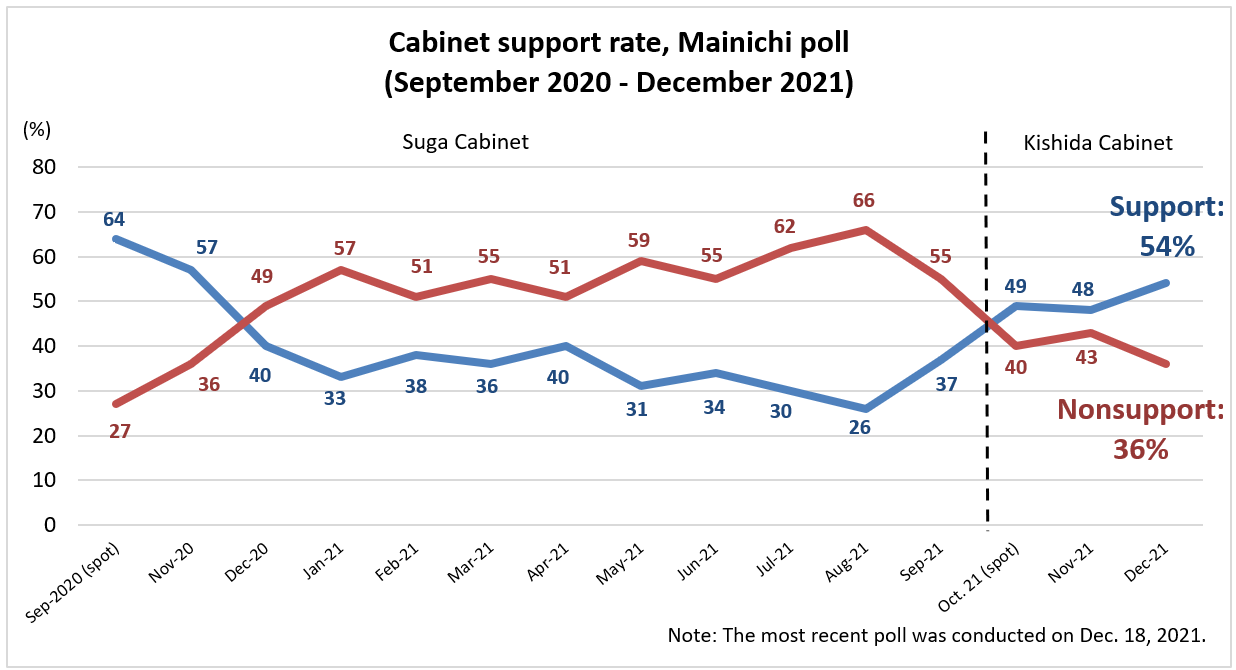 TOKYO — The approval rating of Japanese Prime Minister Fumio Kishida’s Cabinet rose to 54% in a nationwide opinion poll on Dec. 18, up 5 percentage points from shortly after the administration’s inauguration in October and up 6 points from the previous survey held on Nov. 13.

The poll, conducted jointly by the Mainichi Shimbun and the Social Survey Research Center, also saw the Cabinet disapproval rating at 36%, down from 43% in the previous poll.

Of the respondents to the latest questionnaire, 46% said they appreciate the administration’s coronavirus countermeasures, well above the 26% that said they do not. It seems that the low figures for daily new infections in the country have been highly evaluated by the public, and that this has led to the rise in support for the Kishida Cabinet.

Regarding the government’s 100,000-yen (about $880) worth of handouts for residents aged 18 or under, up to 60% said local governments should distribute the money “in cash only” rather than as a combination of money and coupons as per the national government’s initial request. Those seeking cash-only handouts greatly exceeded the 11% of respondents who said they were “fine with money and coupons.” Twenty-five percent of respondents said they were “against the handouts themselves.”

Respondents answered questions sent either through SMS texts on mobile phones or automated voice messages on landlines. Valid responses were received from 721 people via mobile phones and 302 via landlines.