A thought-provoking novel penned by a respected writer 32 years ago suddenly became a bestseller in July, with almost 110,000 new copies printed this year alone on top of the 270,000 sold over the past three decades. What kind of people bought Tsutsui Yasutaka’s Zanzo ni Kuchibeni wo (Lipstick on Afterimage), which describes a world in which one hiragana character disappears each day? Surprisingly enough, most of them were young people in their teens and twenties, even though this age group is said to lack interest in literature because they’re too immersed in the online world. But what’s not surprising is what prompted these youths to come in contact with the book in the first place — TikTok. A 30-second video about the book posted on the popular social media platform by an audiovisual artist known as Kengo has been viewed almost 8.9 million times, suggesting that the glimpse into the novel’s world offered by the video succeeded in arousing young people’s curiosity enough to make them want to read the whole thing.

TikTok is rapidly becoming a major marketing tool in Japan thanks to its popularity among young people, according to NHK (12/17). Videos that resonate with this age group can result in items becoming top sellers almost instantly. Books are reportedly no exception, with image-based, ultra-short book reviews by Kengo and other TikTokers successfully piquing young people’s interest in literature.

“What you do in the first few seconds of the clip holds the key to sparking viewers’ ‘intellectual curiosity,’” says Kengo, who in the video on Zanzo ni Kuchibeni wo posed the following question: “What would happen if the hiragana character for ‘a’ were to vanish from the world?” Confident that posing this question in his opening monologue would have already captured the viewers’ attention, he went on to say: “The disappearance would make it impossible for you to use such words as ai (love) or anata (you).” The 23-year-old TikToker steered clear of spoilers, inspiring the viewers to find out “the rest of the story” by purchasing the book and reading it themselves.

“TikTok videos keep playing automatically one after another if the ‘recommended’ function is activated,” Kengo says. “So even if the viewers aren’t interested in books, they might still get a glimpse of my book review videos. However, if they find the videos boring, they’ll keep scrolling down without stopping to watch. That’s why the first three seconds are critical for keeping viewers interested despite their short attention span.”

Book review videos by Kengo and others TikTokers appear to be resonating strongly among young people. According to a survey conducted by the Japan School Library Association, the most widely read novel among female high school juniors and seniors this year was one that had gone viral on TikTok. Several other books reviewed by these online influencers were also on the bestseller list for this age group. “Kengo’s ‘sales pitch’ was so compelling that I wanted to read the whole thing,” said a high school student who bought Tsutui’s novel. “He’s great at motivating us to seek out books published in the past or written by authors we haven’t heard of before.” Another teenager commented: “I was hesitant to read books that had won prestigious book awards since they seemed too dense to comprehend or enjoy. However, Kengo’s concise yet inspirational presentations helped lower the psychological hurdle to trying to read even dense publications.” 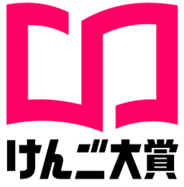 As Kengo has established himself as a rising influencer, multiple major publishing houses have teamed up with him recently to launch a prize called “Kengo Taisho” (Kengo’s Book Award) to promote books. On Dec. 15, some 12,000 people watched an award ceremony live on TikTok during which he announced the winners. A nationwide book fair on the prize also started the next day, with some 800 bookstores across the country setting up corners devoted to his selections. “We saw high school students discussing novels in the corners and are extremely grateful to Kengo for the chance to put books in their hands,” says a bookstore manager in Shibuya. “We’d like to continue such fairs to reverse the trend of young people ‘turning away from books.’”

Kengo’s use of TikTok as a platform for drawing youths’ attention to printed books, however, has reportedly triggered criticism from the older generation, who take issue with him “summarizing” hundred-page books in extremely short films. “Novelists aren’t necessarily going to be happy if their works sell well as a result of ‘clumsy reviews’ on Tiktok,” says one literary critic. “I wonder if Kengo is really capable of reviewing literature?” According to Asahi (12/18), these critics think that what Kengo does on Tiktok is “marketing,” not “reviewing,” literary works. They are reportedly displeased that Kengo’s approach lacks any element of “critique,” which they believe is indispensable in reviewing books. “A book review should involve an appraisal or explanation of the importance and meaning of works of literature,” argues literary commentator Fujita Naoya. “A review without such elements is no more than a book ‘recommendation.’” 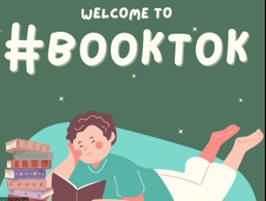 The controversy triggered by such criticism was so intense that Kengo decided to stop using TikTok to introduce books. Instead, he plans to use different social media platforms, such as Instagram, to convey to his 270,000 TikTok followers and others his love of literature. Freelance writer Iida Kazunari, who is familiar with youth culture, laments that the older generation has been reluctant to embrace Kengo’s approach. “Young children are exposed to books in many ways,” says Iida. “For example, parents and teachers read to them. But their interest in books plunges once they enter junior high school. It’s true that minors are being ‘passive’ when they watch book reviews on TikTok. However, the platform is still appealing because it gives young people who aren’t in the habit of reading the opportunity for serendipitous encounters with good books. This is extremely important to awaken and quench young people’s thirst for printed matter.”