Japanese publishing house Jiyukokuminsha recently announced the top buzzwords of the year in its annual celebration of the latest viral words and newly coined expressions. While most of 2020’s top buzzwords were linked to the COVID-19 pandemic, many of this year’s words were related to sports and the Tokyo Olympics and Paralympics. 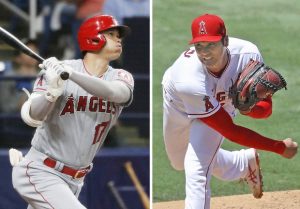 Among 2021’s top 10 buzzwords were two items related to star hitter and pitcher for the Los Angeles Angels Ohtani Shohei. The first one, Sho time, is a reference to how U.S. baseball commentators repeatedly praised Ohtani’s plays by shouting “It’s Sho time!” The second one is real nitoryu. The term nitoryu originally refers to a samurai fighting with two swords and now describes two-way baseball players like Ohtani. This season, rather than batting in some games and pitching in others, Ohtani achieved real nitoryu by doing both in a single game. The award selection committee said the accomplishments of Ohtani, voted Most Valuable Player in the American League this year, helped to raise the spirits of his countrymen during the pandemic.

The other buzzwords in the top 10 list also provided insights into Japan’s social trends in 2021.

Jenda byodo (gender equality) is one of the 17 Sustainable Development Goals. Support for gender equality and women’s empowerment grew in Japan this year following the sexist remarks made in February by Mori Yoshiro, the former president of the Tokyo Organizing Committee for the Olympic and Paralympic Games. Mori reportedly said: “Meetings with many women take a long time. If we increase the number of female board members, it will be difficult to finish the meetings.” He later apologized and retracted his comments, acknowledging that they were inappropriate and ran counter to the spirit of the Olympic and Paralympic Games. 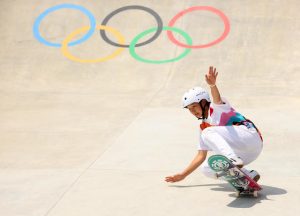 Z sedai (Generation Z) refers to people who were born between the second half of the 1990s and the 2000s. They are digital natives who have been exposed to smartphones and the Internet from the day they were born. Japanese skateboarders aged between 12 and 22 won five medals in the Tokyo Olympics. The award selection committee said the new generation brought a breath of fresh air to the Olympics via a new sport. Unlike athletes in traditional sports, skateboarders around the world share videos of their tricks on social media and learn about each other’s spectacular tricks online. The committee said Gen Zers’ propensity for connecting and sharing information beyond national borders via social media is becoming a new trend.

Oyagacha (parent gachapon) is a combination of oya (parents) and gachapon, small vending machines that dispense plastic capsules with toys inside. The term implies that life is like a lottery, and we can’t choose our parents—much like we can’t choose the toy that will drop down after we turn the dial on the vending machine. The award selection committee speculated that the term became popular because some of today’s youths cite oyagacha to justify their reluctance to face challenges when they come across difficulties in life by assuming their destiny has been already determined by their parents. 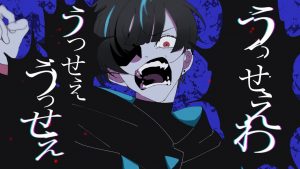 Usseewa (shut up) is a hit song by Japanese singer Ado. “Usseewa” is a slurred form of “urusai wa,” which essentially means, “Shut the — up.” Seen as a hymn to adolescent angst, the song has raised concerns among parents that its harsh language will spread to their children. However, many parents also feel their children should be allowed to say bad words occasionally to let off steam as they navigate their lives amid the restrictions they’ve be forced to endure during the COVID-19 pandemic. 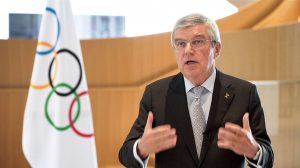 Bottakuri danshaku (Baron Von Ripper-off) refers to International Olympic Committee President Thomas Bach. The phrase was first coined in English by a Washington Post columnist, who criticized the IOC’s commercialism and Bach’s pressure on Japan to proceed with the Tokyo Olympic and Paralympic Games amid growing concern among the Japanese public over the coronavirus pandemic. 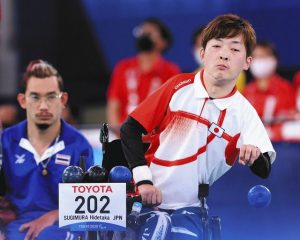 Sugimurisingu (Sugimura’s rising shot) was coined by combining the words “Sugimura” and “rising” to describe boccia player Sugimura Hidetaka’s signature tossing technique. He dominated the Paralympic boccia individual competition with his trademark rising shots and other well-aimed tosses to win Japan’s first gold medal in boccia. Sugimura said at the award ceremony that he was glad a phase related to a Paralympian was selected as one of the top 10 buzzwords. He expressed hope that the phrase would increase the public’s understanding of parasports, including boccia, and help create an inclusive society.

Gonzeme (aggressive challenge) and bittabita (perfect precision) went viral after professional skateboarder Sejiri Ryo used the phrases while commenting on skateboarding competitions at the Tokyo Olympics on TV. Gonzeme refers to a skateboarder’s aggressive efforts to perform particularly cool tricks. Sejiri used bittabita when a skateboarder executed a trick with “perfect precision,” or pittari in Japanese. His newly coined phases helped television viewers enjoy the excitement of the new sport and appreciate the athletes’ spirit of challenge.

Jinryu (flow of people) and mokushoku (eating in silence) are words related to the COVID-19 pandemic. The listing of these words indicates that the pandemic still plays a major role in people’s everyday lives in Japan. Although the state of emergency in the nation was lifted in October, Japan has not yet completely dropped its guard against the virus out of concern over the possibility of a sixth wave of infection.