At a press conference on Dec. 21, Prime Minister Kishida Fumio announced his plans for legislation and policies next year, with sights set on the Upper House election scheduled for the summer of 2022.

Only a few bills likely to be countered by the opposition parties are scheduled for deliberation during the next ordinary Diet session to be convened in January. Two other core pieces of legislation on the schedule for next year are uncontroversial: economic security-related bills and the bill for establishing the Child and Family Agency.

After the Upper House election, there is no large-scale national elections scheduled until 2025 unless Kishida chooses to dissolve the Lower House before that. An Upper House victory would allow Kishida a free hand in appointments and policy matters, enabling him to emphasize his goals as premier. For this reason, the Prime Minister is avoiding making any moves that could potentially jeopardize his Cabinet approval rate. (Abridged) 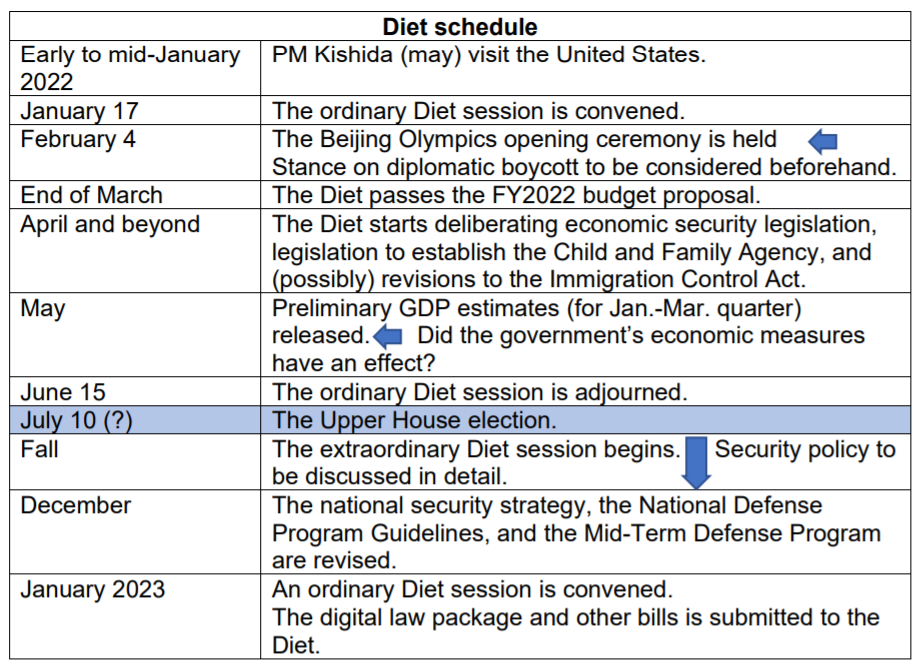