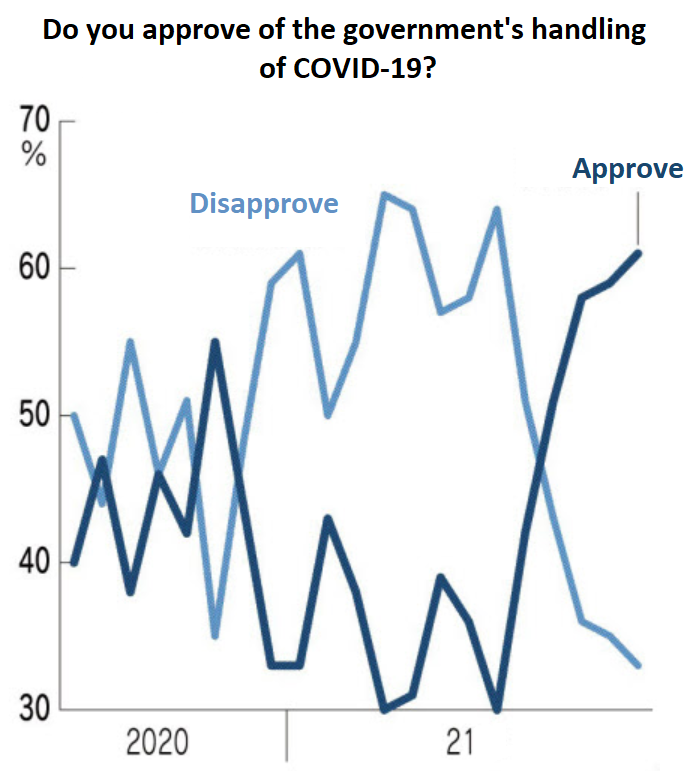 The survey, conducted between Friday and Sunday, saw the disapproval rating hold steady from the November poll at 26%.

Support for the new opposition leader was less enthusiastic. Just 38% of respondents said they have high hopes for Kenta Izumi, who won the Constitutional Democratic Party’s leadership race in November. Those saying they did not have hopes for Izumi came in at 52%. 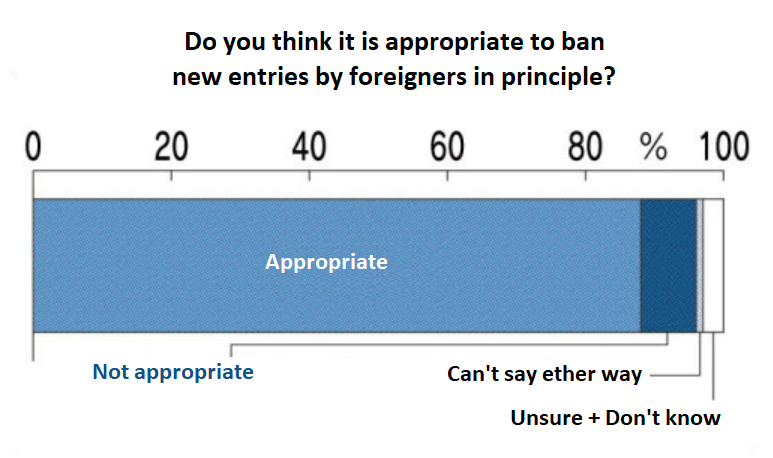 The government’s policy of blocking new entries by foreigners — considered among the strictest omicron measures in the world — received 88% support. Its overall performance on COVID-19 was supported by 61% of respondents, the most since the question was added in February 2020.

But the massive economic stimulus package to counter the coronavirus gained lukewarm support. Only 36% of respondents said the record-high 55.7 trillion yen ($490 billion) package will aid the growth strategy, while 49% said it would not. 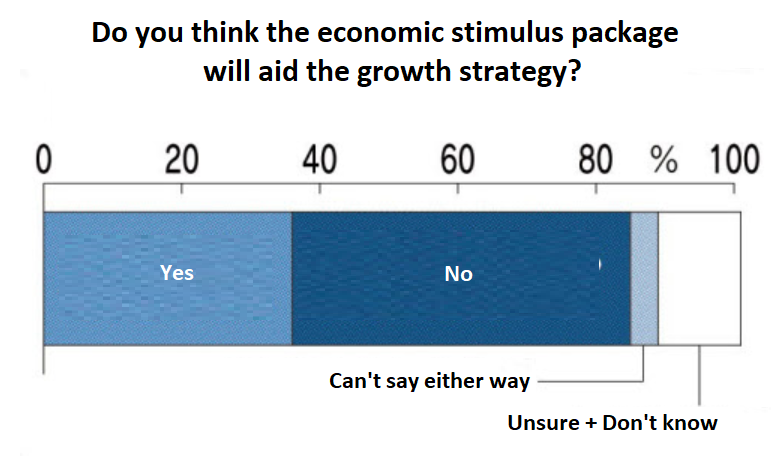 Support for the ruling Liberal Democratic Party came to 43%, the same as in November. The most popular party among the opposition was the Japan Innovation Party (Nippon Ishin no Kai) at 13%. Izumi’s CDP drew 10% support.

The telephone survey received 947 responses, with a response rate of 42.6%. 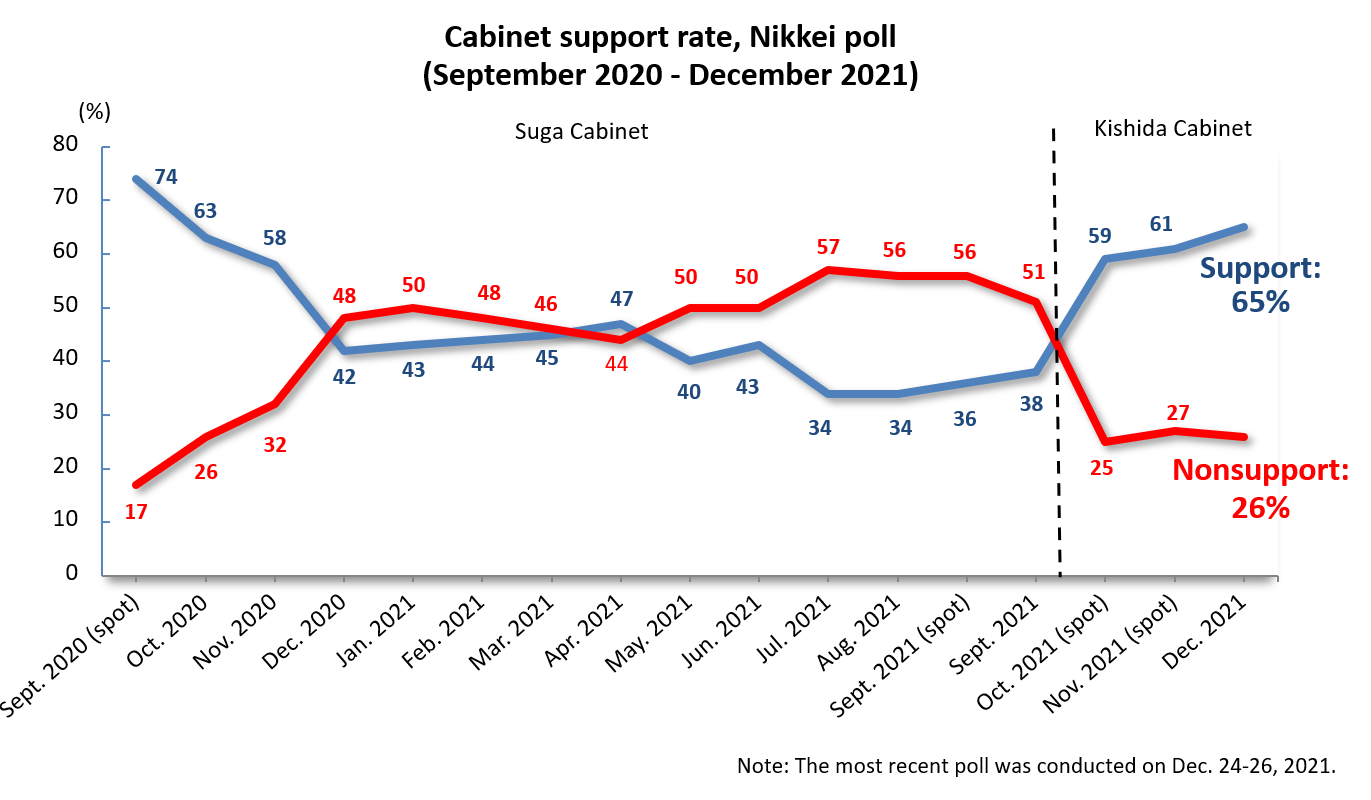