BANGKOK — While the world was preoccupied with combating the COVID-19 pandemic in 2021, the U.S. has drawn a contentious line in the sand over democratic values.

President Joe Biden invited leaders from some 110 countries and regions to an online Summit for Democracy on Dec. 9 and 10. But the summit, which has been criticized by some foreign policy experts for exacerbating global divisions, sent mixed signals to Asia.

Four Southeast Asian countries — East Timor, Indonesia, the Philippines and Malaysia — and four South Asian nations — India, Nepal, the Maldives and Pakistan — were invited to take part in the event. But it is not clear whether the list of invitees was based on a clear set of criteria. Checking the list against the “Voice and Accountability” section of the World Bank’s World Governance Indicators in 2020 offers some insights into Washington’s views.

The four Southeast Asian nations chosen by the Biden administration corresponded to the top four nations in the region in the World Bank’s democracy index. The South Asian choices, however, are less convincing. Left off the summit guest were Bhutan, which ranks higher in the World Bank’s index than India; Sri Lanka, which rates higher than Nepal and the Maldives; and Bangladesh, which finishes ahead of Pakistan. These exclusions lend weight to complaints that the selection of participants was biased.

Not even all those who received an invitation took up the offer. Pakistan, for instance, skipped the event. The Foreign Ministry issued an oblique statement thanking the Biden administration for the invitation and saying Pakistan was “in contact with the U.S. on a range of issues, and believes that we can engage on this subject at an opportune time in the future.”

Others in attendance appeared to express reservations: Indonesian President Joko “Jokowi” Widodo stressed the importance of recognizing the diverse views and interests of people living under democracy. In his speech to summit participants, he said that while democracy was universal, it must also account for the “aspirations, values and specificities” of all the people living under it. 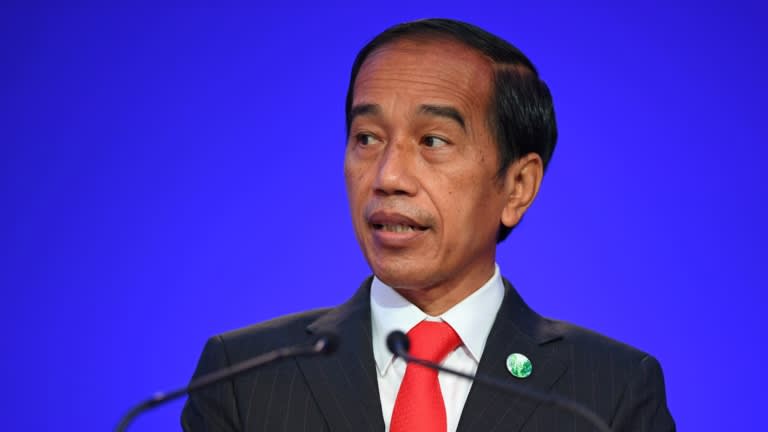 Indonesian President Joko Widodo stressed the importance of recognizing the diverse views and interests of people living under democracy.   © Reuters

By referring to “aspirations, values and specificities,” Widodo was hinting at the need to accept the Asian approach to democracy, which grants the people freedom and rights only to the extent that they do not undermine the nation’s stability and development.

Widodo’s views reminded me of an interview I had with Razali Ismail, a senior Malaysian diplomat who served as the U.N. secretary-general’s special envoy for Myanmar.

The interview took place in Kuala Lumpur in February 2011, shortly after a general election in Myanmar that was boycotted by the National League for Democracy, led by pro-democracy leader Aung San Suu Kyi. The military-backed Union Solidarity and Development Party won in a landslide and was set to start governing in Myanmar.

Razali quoted a Chinese friend, saying, “The right to earn money is the most important basic human right.” If poor people were given freedom, it did not mean much to them, he said. While China had achieved spectacular economic development under the government’s strict control, Myanmar’s military government had failed to give the people the benefits of economic development. The junta’s sin was its incompetence, he argued. 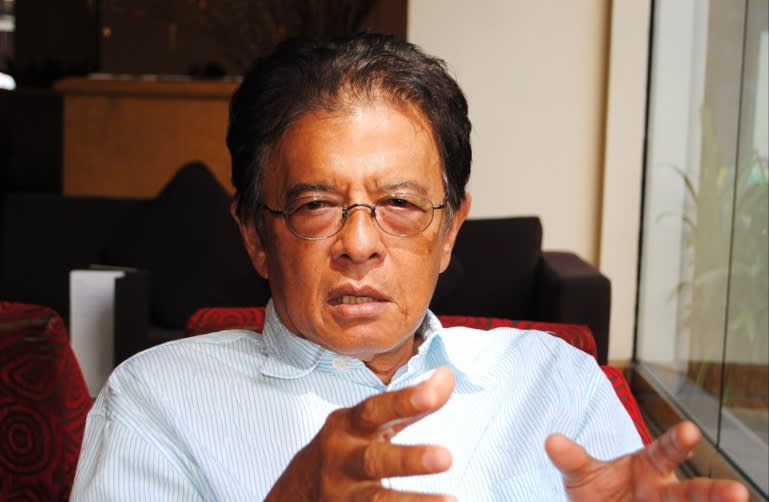 Razali Ismail, who served as the U.N. secretary-general’s special envoy for Myanmar, argued that Asian countries need not copy the Western approach to democracy. (Photo by Toru Takahashi)

Razali stressed that he was not saying emerging Asian nations should take a leaf out of China’s playbook. He said he was only arguing that Asia does not need to seek to achieve Western-style democracy, which respects the rights of individuals 100%. He added that these Asian nations were different from Japan, which, he said, was excessively exposed to U.S. influence in the postwar era.

As a Japanese citizen who was taught that free elections, free speech and respect for human rights are universal values, I found myself in disagreement with Razali on some points. But my conversation with him drove home to me the vagueness of the Asian concept of democracy.

Malaysia at that time was the epitome of a “development dictatorship,” a form of government promoted as a necessary evil for a developing country’s economic growth. While multiparty elections took place in Malaysia, there had never been a change in the governing party up to that point. Singapore still belongs in the development dictatorship category.

Communist dictatorships also like to claim the mantle of democracy. Chinese President Xi Jinping asserts that China has its own form of democracy.

“Democracy is a common value of humanity and an ideal that has always been cherished by the Communist Party of China and the Chinese people.” This is the first sentence of the preamble to “China: Democracy That Works,” a position paper published on Dec. 4 by the State Council, China’s top governing body.

The Chinese government has traditionally claimed that the country has a multiparty system, and that elections are held on the xiang zhen (township) level of administration, according to Haruka Matsumoto, who heads the East Asian Studies Group at the Japan External Trade Organization’s Institute of Developing Economies. But Beijing has never offered a clear definition of democracy, and will interpret the word “in any way that suits it,” Matsumoto said.

The formal name of North Korea, which has consistently been at the very bottom of the World Bank’s democracy rankings, is the Democratic People’s Republic of Korea. By any measure, China and North Korea are among the least democratic countries in the world, sitting near the bottom of rankings of political and personal freedom.

But there are many “gray zone” countries, like Malaysia, with governments that cannot be easily classified as either authoritarian or democratic but display characteristics of both. In short, they are semiauthoritarian.

From this point of view, the Biden administration showed a lack of diplomatic and strategic finesse in putting together the summit. It would have been wiser for Washington to set a clear agenda for the meeting and open it to all countries. If the Chinese leader had decided to take part in such an open event and engaged in a heated debate on democracy with Biden, that would have been strategically more fruitful.

The list of countries that were not invited to attend the summit says more about Washington’s foreign policy agenda than those that were. U.S. Vice President Kamala Harris holds a news conference in Hanoi, Aug. 26. Vietnam was one prominent country in Southeast Asia not invited to the Summit for Democracy.   © Reuters

Take Singapore and Vietnam, for instance. The Biden administration chose those two countries for its first major diplomatic initiative in Southeast Asia. Defense Secretary Lloyd Austin visited them at the end of July, followed closely by Vice President Kamala Harris, who called on them in late August.

Singapore hosts an important base for the U.S. Navy’s 7th Fleet, its largest forward-deployed fleet, headquartered in Yokosuka, Japan. Its logistics unit, located in Singapore, plans and executes the resupply of food, ordnance, fuel and replacement parts for the surface ships in the 7th Fleet. The Obama administration concluded a “Strategic Partnership” agreement with Vietnam in 2013. Three years later, it lifted the ban on arms exports to the Southeast Asian nation. But neither was invited to the summit.

This suggests that the U.S. is seeking to forge or strengthen strategic alliances with some countries that it does not deem democratic. But this foreign policy objective is at odds with Washington’s avowed commitment to promoting democracy as a universal value, and fighting against autocracy, as indicated by the list of invitees to the summit.

Its moves to develop close relations with Singapore and Vietnam, which do not have adequate democratic credentials in the eyes of Washington, are tantamount to an admission that the U.S. places greater importance on its national interest than on universal values.

To be sure, diplomacy is the art of compromise and cannot be driven by principles and values alone. The summit was cast as a response to a crisis of democracy, but it actually underscored Washington’s inability to develop an effective means of dealing with threats to democracy.