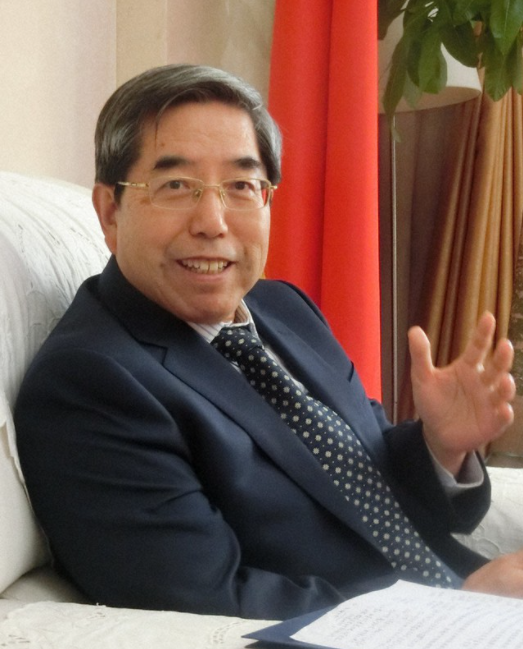 Secretary of the Party Leadership Group of the Chinese Communist Party Ma Jiantang during the interview with the Mainichi Shimbun on Dec. 16, 2021

Interview and photo by Ogura Yoshinori in Beijing

Secretary of the Party Leadership Group (a ministerial-level post) of the Chinese Communist Party (CCP) Ma Jiantang makes policy proposals as the head of the Development Research Center of the State Council, a think tank directly affiliated with the Chinese government. Recently, he sat down with the Mainichi Shimbun for an exclusive interview. Regarding the efforts by Japan and the U.S. to strengthen economic security in relation to China, Ma underscored the importance of economic cooperation, saying, “China and Japan share close ties and can’t be separated.” He also expressed his expectation that Japan would support China in joining the Trans-Pacific Partnership (TPP) agreement. The following are excerpts from the interview.

Mainichi: Japan, the U.S., and Europe have recently been prioritizing economic security and trying to decouple from the Chinese economy.

Ma Jiantang: I understand Japan has important allies, but China and Japan are the world’s second and third largest economies, and they share a common culture and are neighbors geographically. The economic and trade relationship between our two countries is very close and intertwined.

Exports and imports between China and the U.S. are expanding, and more and more American companies are investing in China. I understand Japan is considering diversifying its supply chains in response to the COVID-19 pandemic and the changes in the international political scene. Creating mutually complementary supply chains between China and Japan will benefit our two countries’ business communities and people.

Mainichi: Japan and other major countries view as problematic China’s preferential treatment of state-owned enterprises and its forced technological transfer from foreign companies.

Ma: State-owned companies account for only 1% to 2% of all companies in China. The remaining state-run companies are primarily in noncommercial sectors, such as electricity and railways. They are socially responsible and assuming a much heavier burden than foreign firms. Of course, we are considering enabling (foreign companies) to enjoy the same national treatment and we will definitely put more effort into this.

We are inviting to our shores foreign companies which have sophisticated technology and are willing to cooperate [with the Chinese government]. The Chinese government did not force them to transfer technologies, but I think [technological transfers] were the result of inter-company negotiations and competition. I understand forced technological transfers are a label put on China by some foreign nationals who harbor ill will toward China.

Mainichi: You represented China at the Japan-China Economic Knowledge Exchange Conference in December, a meeting where Japanese companies and Chinese government officials exchanged opinions. What do you expect from Japan?

Ma: The conference was launched in 1980 and is a very important 40-year-old platform for interaction between China and Japan. We must continue this forum to deepen understanding between our two countries and promote friendship between our peoples.

This year, China submitted an application to become a member of the Comprehensive and Progressive Agreement for Trans-Pacific Partnership (CPTPP, the official name of the current TPP from which the U.S. withdrew). The CPTPP is a high-level multilateral trade agreement, and China needs to continue deepening the reform of state-run enterprises as well as reforms in the fields of the environment and intellectual property protection in order to join the pact. We are determined to change, and I’m sure we can definitely meet the trade pact’s criteria.

Japan and other [CPTPP] members will likely be able to benefit from easy market access as the scope of high-level economic, trade, and investment systems widens. I hope the Japanese government will see this as an opportunity, not a threat.