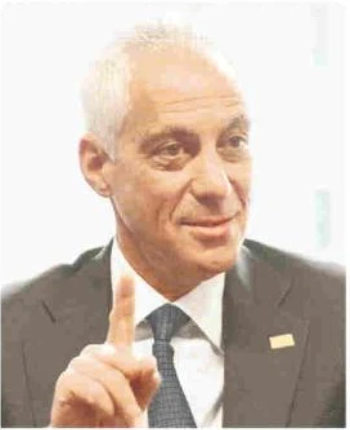 By Nakajima Kentaro and Tajima Hiroshi

WASHINGTON – Rahm Emanuel (62) will soon take office as the new U.S. Ambassador to Japan. In an interview with the Yomiuri Shimbun on Jan. 5 in Washington, he expressed his intent to strengthen the Japan-U.S. alliance with an eye to the countries’ partnering to create a “free and open Indo-Pacific.”

Japan has advocated the concept of a “free and open Indo-Pacific” since 2016. “The concept is a way of seeing the region and seeing the alliance. It is the common North Star for Japan and the United States; it is what we will work to achieve collectively.”

Emanuel described the Japan-U.S. alliance as “a bulwark protecting the region.” “The alliance is certainly solid, and it has to be strengthened at all times and nurtured for the future,” he said. “Because of China and North Korea, the security challenges are different from those of the past.” In this way, he indicated that strengthening the alliance will be a pressing issue in the three years remaining in President Joe Biden’s first term.

Emanuel has been active in the Democratic Party for many years. Alongside then-Vice President Joe Biden, he supported President Barack Obama as White House Chief of Staff in 2009–2010. In the interview, Ambassador Emanuel stressed his close relationship with Biden, saying their ties draw on “not a political alliance but a friendship.”

President Biden nominated Emanuel in August last year to serve as the next U.S. ambassador to Japan. The confirmation procedures were delayed due to criticism of his handling as Chicago mayor of the fatal police shooting of a young Black man. Emanuel was confirmed by the Senate last December.

Profile: Born in Chicago, Illinois, Rahm Emanuel was Senior Advisor to President Bill Clinton, served in the House of Representatives, and chaired the House Democratic Caucus before serving as White House Chief of Staff from the start of the Obama administration in 2009 to 2010. He was mayor of Chicago for eight years through 2019, serving two terms.