Chips and batteries: Japan to amp up supply chains with subsidies

TOKYO — The Japanese government plans to set up a subsidy program to assist companies developing chips, large-capacity batteries and other key materials to ensure a steady supply of strategic products, Nikkei has learned.

The move comes after U.S.-China trade tensions and the pandemic have exposed vulnerabilities in Japan’s supply chains. Its reliance on China for masks and other medical supplies has led to acute shortages, and the lack of homegrown vaccines for COVID-19 has delayed inoculating its population.

The U.S. and Europe are also building similar programs. But excessive protection of domestic companies could end up assisting weak businesses lacking a competitive edge. It could also run afoul of the World Trade Organization’s domestic-subsidy rules.

The government will first identify a list of items that merit subsidies. Rare-earth metals and pharmaceuticals will likely be included. The plan is to have a program up and running within the fiscal year ending March 2024.

Manufacturers would first submit investment plans for research or production facilities to be screened by the government. Conditions for approval would include a guarantee to continue production for a certain period, adequate steps to protect proprietary technology, and a promise of a stable supply to the domestic market.

Details will be included in an economic security bill to be submitted to the Diet session starting Monday.

Washington and the European Union have long criticized China for doling out subsidies to high-tech industries in violation of WTO rules. But intensifying Sino-American trade tensions have led the U.S. and the EU to begin helping their homegrown industries.

The U.S. decided in June 2021 to assist in the domestic production of chips, pharmaceuticals and other key materials. Congress is considering legislation that would provide $52 billion for the semiconductor business, for example. The U.S. has courted Taiwan Semiconductor Manufacturing Co. and South Korea’s Samsung Electronics, counting on the funding from this bill.

The EU decided in May 2021 to back production in six strategic areas, including raw materials, batteries and hydrogen. 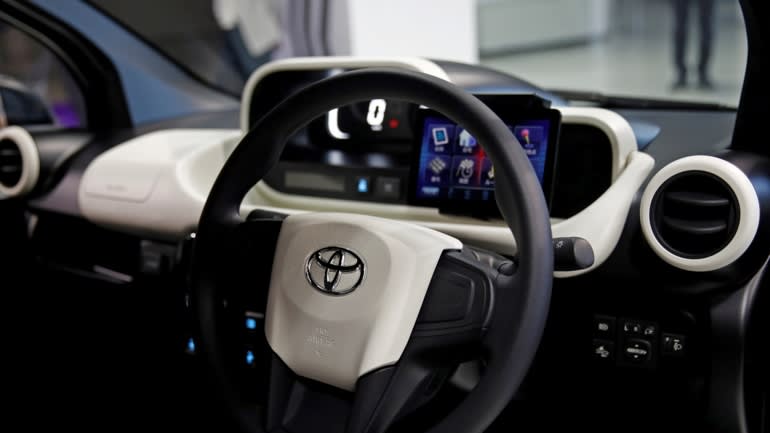 Large-capacity batteries are crucial to Japan’s shift away from gasoline-powered vehicles.    © Reuters

Japan decided last year to subsidize a plant TSMC is building with Sony Group in the southern prefecture of Kumamoto. The planned legislation would set up a permanent program. The government plans to use a new economic security fund, expected to total around 500 billion yen ($4.38 billion) and other budget allocations.

On the flip side, a program like this could prolong the lives of weak companies, hinder innovation and stunt market growth. Unless the government introduces measures that would shift talent away from companies in retreat to those with growth prospects, the program would end up slowing medium- to long-term growth.

Still, demand is strong among Japanese companies. According to an analysis by the U.S.’s Semiconductor Industry Association, the cost of operating a chip plant for 10 years in Japan or the U.S. is roughly 20% to 40% higher than in China and South Korea. The difference is attributed largely to government subsidies.

The Japan Electronics and Information Technology Industries Association in 2021 urged the government to provide financial backing to the sector, saying fair competition is impossible without subsidies on a par with those of rival countries and regions.

On lithium-ion batteries for automobiles, the Toyota Motor group and major trading companies set up the Battery Association for Supply Chain in April and asked for government assistance. Japan relies on imports for such metals as cobalt and nickel, and China dominates in electrode and electrolyte materials.

Japan earmarked 100 billion yen for setting up domestic battery production in the fiscal 2021 supplementary budget. But association Chairman Isao Abe says the amount is insufficient, noting that having battery production capacity equivalent to 100 gigawatt-hours a year — 10 times the current level — by 2030 would cost roughly 2.8 trillion yen.