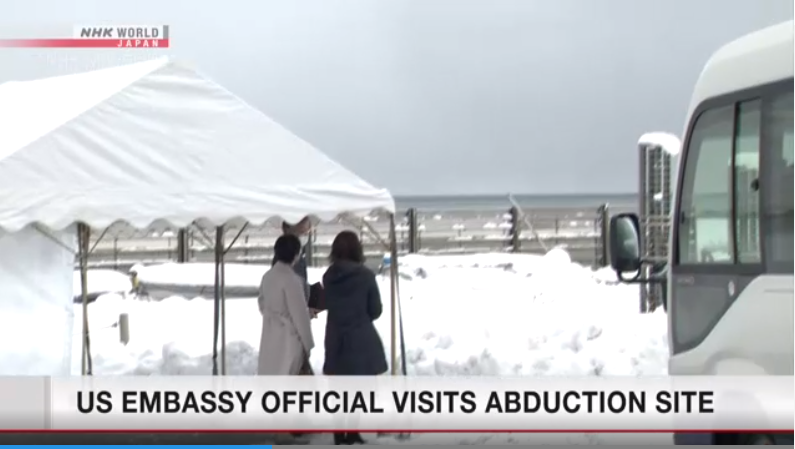 An official from the U.S. Embassy in Japan has visited a beach on the Sea of Japan coast where a Japanese couple was abducted by North Korea decades ago.

First Secretary Booyeon Lee, who is in charge of North Korean issues at the U.S. embassy in Tokyo, visited the site in the city of Kashiwazaki, Niigata Prefecture, on Thursday.

Hasuike Kaoru and his girlfriend Okudo Yukiko at that time, who later became his wife, were abducted there to North Korea.

The couple returned home to Japan after the 2002 Japan-North Korea summit in Pyongyang in which the North admitted that its agents had abducted Japanese nationals.

After visiting the abduction site, the embassy official attended a meeting with Hasuike and the mayor at the city hall.

Hasuike told Lee that the abduction issue now appears to be left in the dust amid the North’s nuclear and missile development. He said that cooperation of the U.S. government is needed more than ever.

Lee said that she hopes the visit will help her understand the seriousness of the abduction issue.

She also said that the U.S. government will continue to have solidarity with the Japanese government on the immediate resolution to the issue.

The U.S. diplomat is scheduled to visit a site in Niigata City on Friday where Yokota Megumi was abducted by North Korean agents.