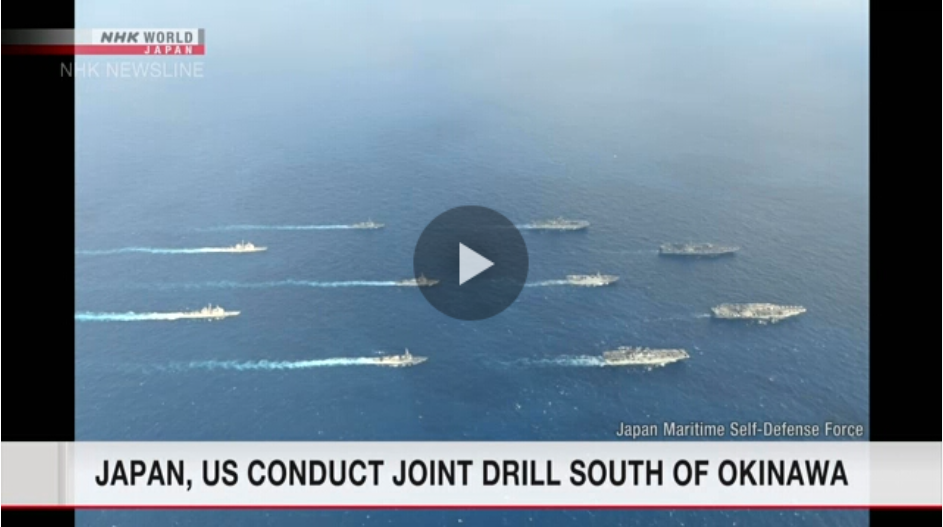 Japan’s Maritime Self-Defense Force says it conducted a joint exercise with the US Navy in waters south of the southwestern prefecture of Okinawa.

The MSDF said its destroyer Hyuga took part in the drill, which ran from Monday through Saturday. It said the US Navy sent 10 vessels, including two aircraft carriers — the USS Carl Vinson and the USS Abraham Lincoln — as well as a destroyer and an amphibious assault ship.

It’s unusual for the US military to send multiple aircraft carriers from bases on the US mainland to waters around Japan.

In December, Japan’s Defense Ministry said aircraft were observed taking off from and landing on a Chinese aircraft carrier sailing in the waters, which was seen as military training.