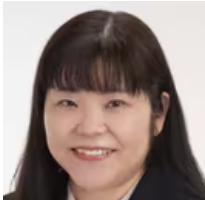 The launch of an economic version of the “two-plus-two” ministerial meetings agreed upon between Japan and the United States is very significant in that the venue will serve as an opportunity for the foreign ministers, who are also involved in security, and the economy ministers, who are responsible for the issues of advanced technology and climate change, to hold talks together. The meeting will become a nexus for the promotion of cooperative measures that are too specific for the leaders of the two countries to get involved in.

The discussions will focus on how Japan and the United States can collaborate in the areas of advanced technology, including digital [technology] and semiconductors, and of energy technology related to carbon neutral. The two areas are also the linchpin of the post-pandemic growth strategy of the government of Prime Minister Kishida Fumio.

Economic security is important for semiconductors and digital technology in terms of protecting Japanese technology. The shortage of semiconductors is partially attributable to the inability to proceed with auto production as planned.

Japan-U.S. cooperation is also promising in terms of paving the way for the economic policies drawn up by the Kishida government. Kishida introduced his new economic policy, dubbed “a new form of capitalism,” to overcome wealth disparity and climate change and gained support from President Biden.

Kishida told President Biden that it would be good if the United States would return to the Trans-Pacific Partnership (TPP) framework. But judging from the fact that the U.S. side did not respond to the comment, it can be said that the country is not inclined to do so. Japan and the United States will have no choice but to cooperate by making efforts to find common ground that is mutually beneficial.