The Japanese manufacturer of agricultural machinery hopes Wright’s connections will attract personnel versed in AI and automated control technologies to a new U.S. research unit. About 50 to 60 engineers, including those from Kubota, will work at the unit’s facilities in Silicon Valley and elsewhere. Kubota has earmarked tens of millions of dollars for the project over the next few years.

The grape-growing robots will move around the vineyards on their own, and AI will analyze camera images to select branches for trimming and check how the grapes are faring. Kubota anticipates demand from U.S. West Coast farms using conventional farming equipment. Eventually, the company plans to have the robots handle harvesting as well.

Last year, Kubota invested in Dimaag-AI, a U.S. startup in which Wright serves as a technology adviser. It also turned AgJunction, a U.S. company with self-driving technologies, into a subsidiary last year. AgJunction will be involved in the latest project. 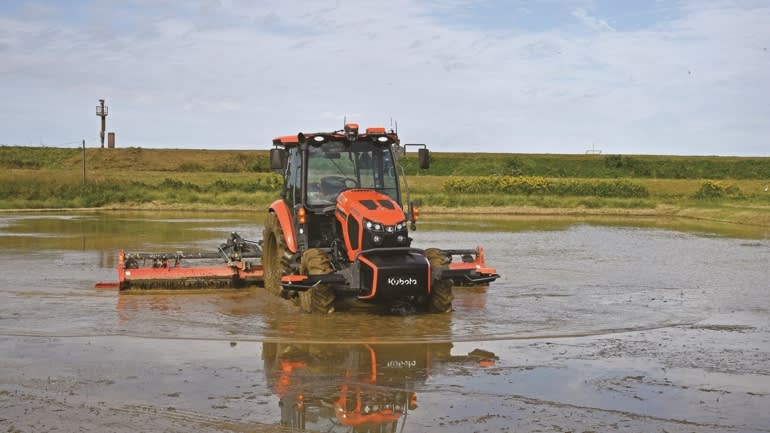 Kubota sells a self-driving tractor. The company hopes to tap AI to develop robots that can do much more on farms. (Photo courtesy of Kubota)

Though Kubota has conducted research on related technologies in Japan, such tasks now also will be handled in the U.S., where there is a large pool of skilled AI engineers.

Global demand for food will surge 70% from the 2010 level by 2050, according to Japan’s agriculture ministry. But the number of farmers is declining in industrialized nations. Kubota already sells rice-growing tractors that can run autonomously under human watch. The company hopes to sell the planned farming robots in Europe and the rest of the world.