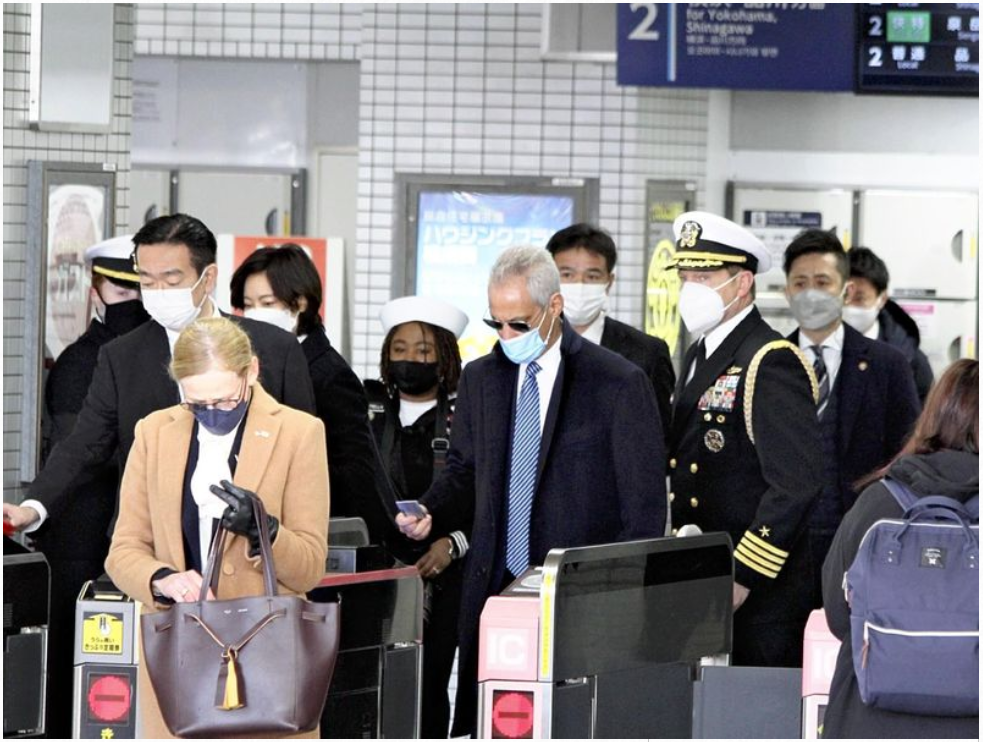 U.S. Ambassador to Japan Rahm Emanuel took a train Thursday to visit Yokosuka, Kanagawa Prefecture, where a U.S. Navy base is located.

This unusual excursion was said to have taken place at the request of Emanuel, a known fan of trains. The ambassador enjoyed a one-hour trip from Shinagawa Station to Yokosuka Chuo Station on a Keikyu Corp. limited express train.
“Today’s commute to Yokosuka was my first train ride as Ambassador. #Japan’s world-class rail system is worthy of a world-class country. It did not disappoint,” he tweeted.
After paying a courtesy visit to Yokosuka Mayor Katsuaki Kamiji at city hall, the ambassador headed for the base.

According to the U.S. Embassy in Tokyo, Emanuel’s love for trains is well known in the United States. He used to ride the train on a daily basis when he was the mayor of Chicago during 2011-19.