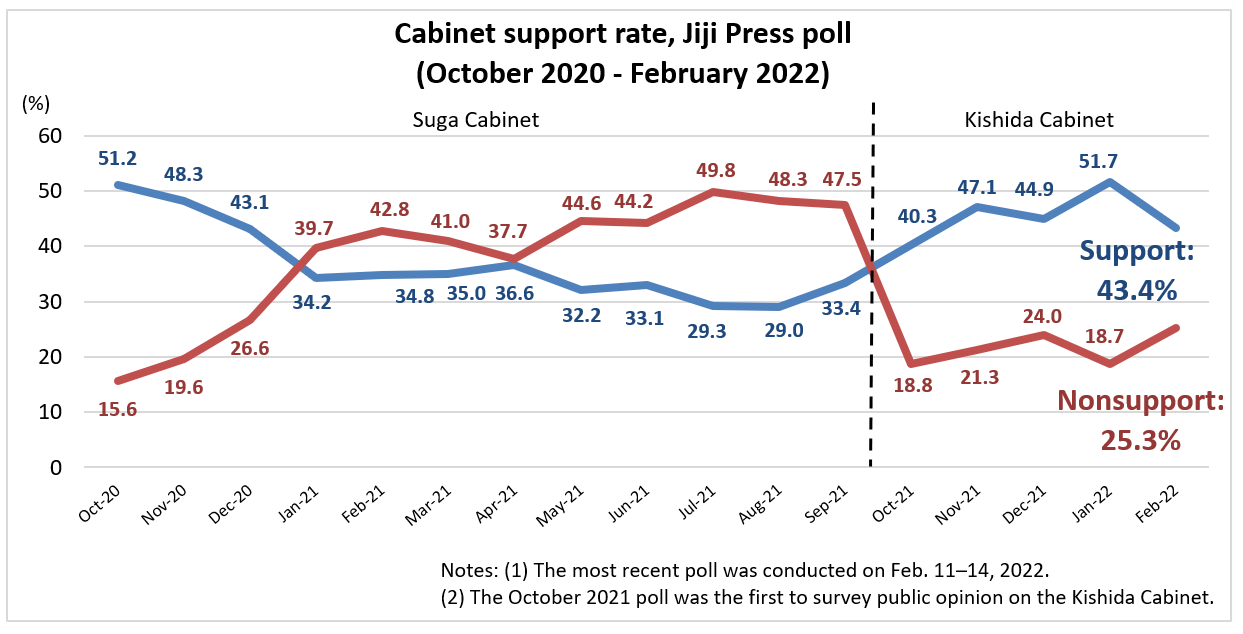 The disapproval rate rose 6.6 points to 25.3 pct. The proportion of respondents who said that they did not know came to 31.2 pct, up 1.6 points, according to the survey, conducted for four days through Monday.

The result is believed to reflect people’s dissatisfaction over the government’s response to the COVID-19 pandemic, including a slow rollout of booster vaccine shots, during the sixth infection wave.

The proportion of respondents voicing support over the government’s pandemic response fell 6.3 points to 38.9 pct, while that of those who disapproved went up 6.5 points to 37.9 pct.

On why they supported the Kishida cabinet, with multiple answers allowed, 16.2 pct said that there was no one else suitable to be prime minister, while 11.6 pct said that they trusted Kishida and 10.4 pct had a favorable impression of him.

Support stood at 4.8 pct for the Constitutional Democratic Party of Japan, up 0.8 point, and 3.8 pct for Nippon Ishin no Kai (Japan Innovation Party), down 0.5 point. In the previous survey, Nippon Ishin overtook the CDP in terms of support rate.

The share of respondents with no particular favored party came to 57.4 pct.

The interview-based survey covered 2,000 people aged 18 or over across Japan. Valid responses came from 62.8 pct.