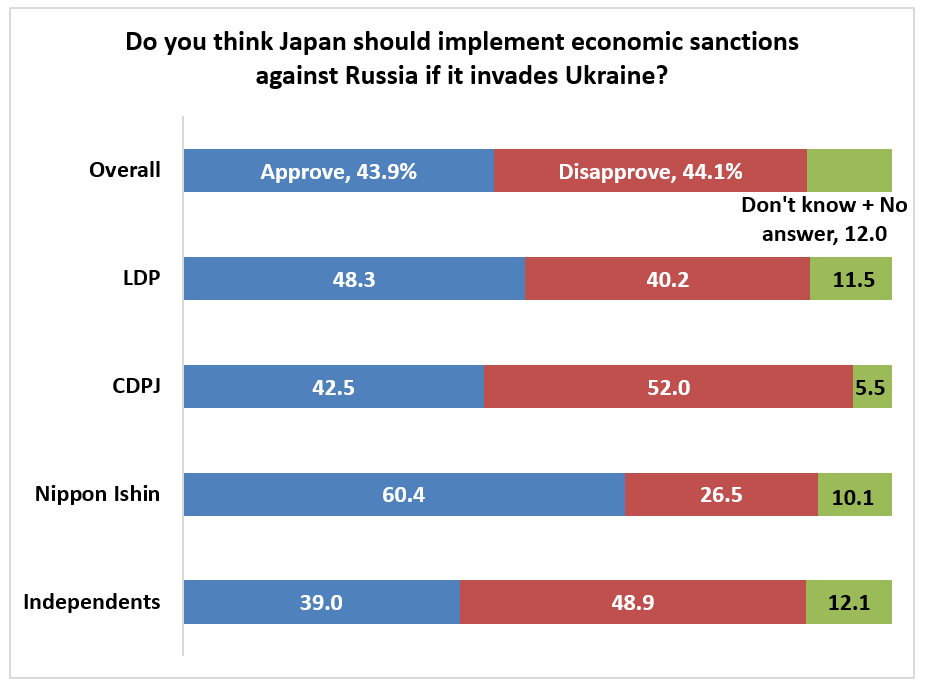 The Sankei-FNN joint public opinion poll [conducted on Feb. 19–20] probed views on whether the Japanese government should impose economic sanctions on Russia if it invades Ukraine. Respondents who indicated they support the Liberal Democratic Party (LDP) or the Nippon Ishin (Japan Innovation Party) tended to take a positive view of imposing sanctions.

Looking at the survey findings by political party supported, 48.3% of LDP supporters and 60.4% of Nippon Ishin backers said they approve of Japan’s moving forward with sanctions in the event of an invasion, while 40.2% and 26.5%, respectively, said they disapprove. In contrast, 52.0% of supporters of the Constitutional Democratic Party of Japan (CDPJ) and 48.9% of independents said that they do not support sanctions, while 42.5% and 39.0%, respectively, said that they approve.

The boycott was backed even by those who do not support the Kishida Cabinet, with 69.5% of this group saying they agreed with the boycott and 26.0% saying they did not.