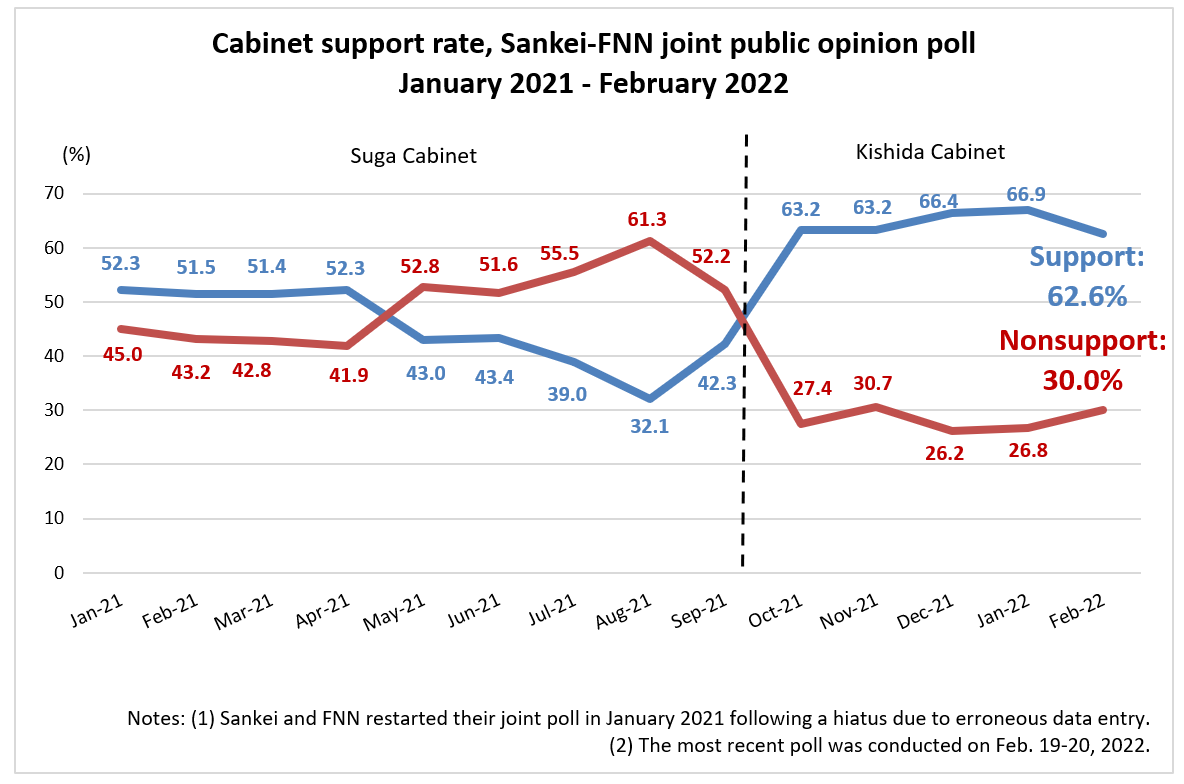 According to the joint public opinion poll conducted by the Sankei Shimbun and the Fuji News Network (FNN) on Feb. 19–20, a plurality of 62.6% of respondents said they support the Kishida Cabinet, down 4.3 percentage points from the previous survey (conducted on Jan. 22–23). This was the first time for Kishida’s backing to decline since the cabinet was launched in October 2021. The disapproval rate was 30.0%, up 3.2 points from last month. Respondents were split over whether Japan should move forward with sanctions in step with the United States and other nations in the event that Russia invades Ukraine. Some 43.9% of respondents said that Japan should impose sanctions while 44.1% said it should not.

A full 70.9% of respondents said that they approve of the government’s “diplomatic boycott” of the Beijing Olympics due to China’s human rights issues. Only 19.2% disagreed with the government move to forgo sending a diplomatic delegation to the Games. 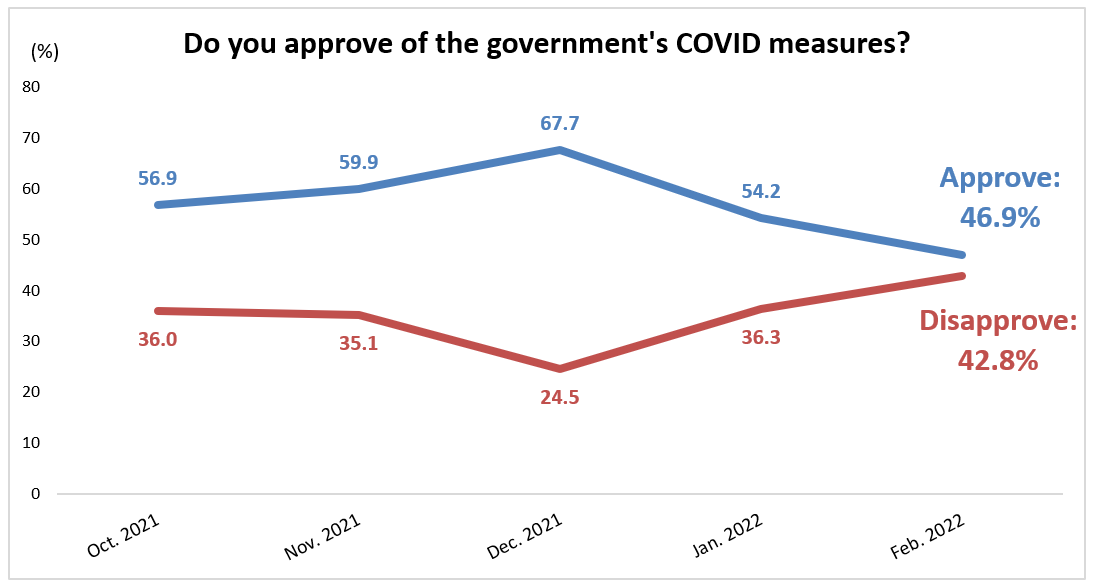 In response to the COVID pandemic, the quasi-state of emergency will continue past Feb. 21 in 31 prefectures. Some 30.5% of respondents said the government’s move is appropriate, while 46.6% of pollees said that a full state of emergency, which comes with greater restrictions on personal rights, should be declared for certain regions.

[Polling methodology: A total of 1,011 men and women, aged 18 and over, across the nation were surveyed. The nation was divided into 11 blocs corresponding to the Lower House proportional representation districts. The survey was conducted by placing telephone calls on a random digit dialing (RDD) basis until the calculated number of responses obtained from each bloc corresponded to that bloc’s relative population. A weighted adjustment was then performed for such variables as gender and age. Calls were placed to both landline and mobile numbers in the ratio of 4:6. The following follow-up question was posed to respondents who gave an unclear answer to the question about Cabinet support: “Which is closer to your view?” The responses to the follow-up questions were added to the responses to the initial question. The survey was conducted on Feb. 19–20, 2022.]