77% in Japan fear Russia’s invasion of Ukraine will have spillover effects on Taiwan, Nikkei poll 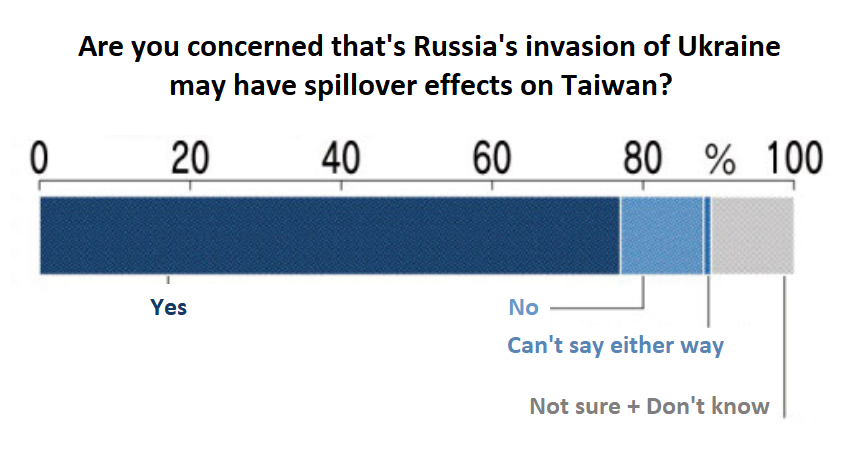 TOKYO — Russia’s invasion of Ukraine poses concern for the possibility of China using force against Taiwan unless the international community acts, said more than three-quarters of respondents to a weekend survey by Nikkei Inc. and TV Tokyo.

Concern over the risk of spillover effects on Taiwan was expressed by 77% of respondents in Japan overall, rising to 83% among those in their 40s and 50s. Just 11% of all respondents expressed no such worries. 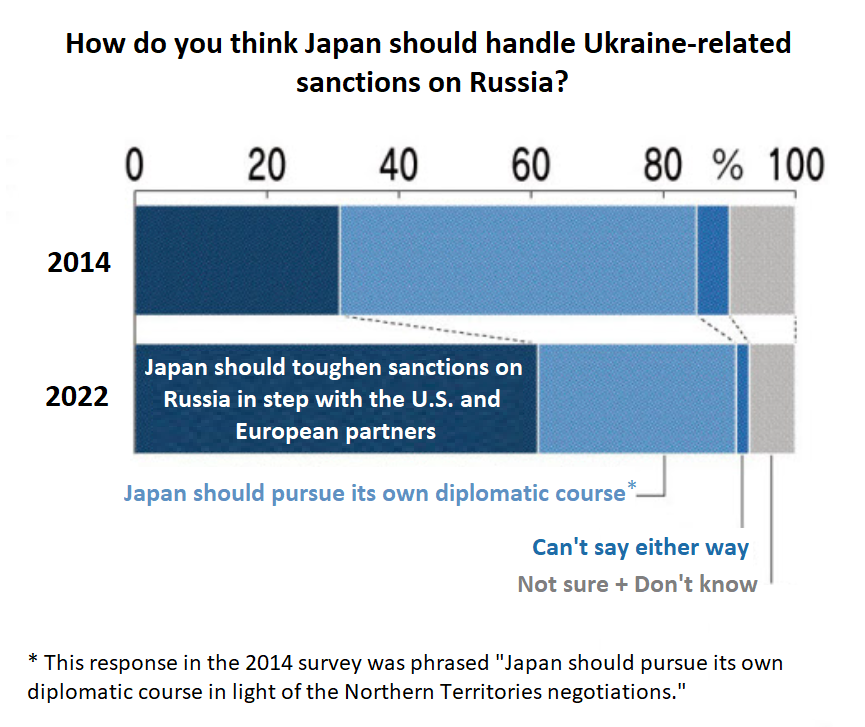 On Japan’s response to the invasion, 61% said it should toughen sanctions on Russia in step with the U.S. and European partners. Thirty percent said Japan should pursue its own diplomatic course.

This shows a higher level of support for Japan joining a united front against Russia than in 2014, when Moscow announced the annexation of Crimea, although the question format was different at that time.

Since then, tensions over Taiwan have risen, while little progress has been seen by Japan in negotiating a return of Russian-controlled islands known here as the Northern Territories. 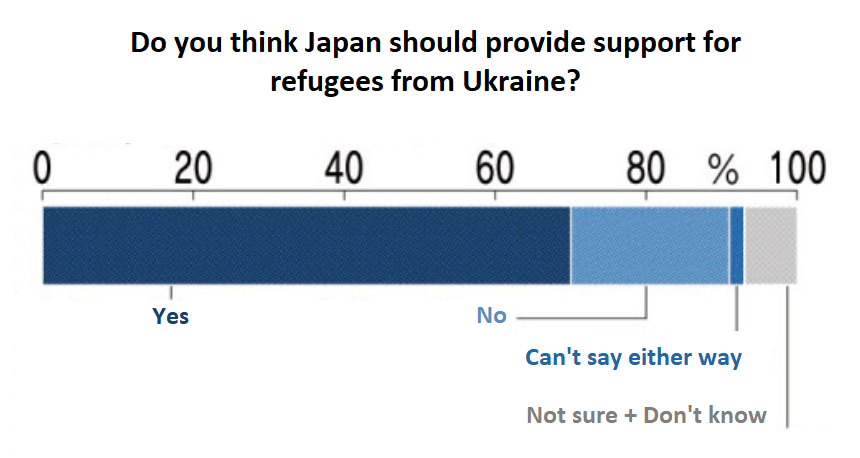 [Asked whether Japan should provide support for refugees from Ukraine, pollees saying it should (70%) outdistanced those saying such aid is not necessary (21%) by 50 percentage points.

G7 leaders held a teleconference on the situation in Ukraine on Feb. 24 and issued a statement declaring that they “stand ready to support with humanitarian assistance in order to mitigate the suffering, including for refugees and displaced persons from the Russian aggression.”

Poland, which borders on Ukraine, is moving forward with preparations to receive refugees, including securing accommodations. Japan is working out what kind of aid it can provide and is considering dispatching Self-Defense Forces to transport supplies and provide other support.]

The latest telephone poll was conducted from Friday to Sunday as Russian military advances continued in Ukraine. 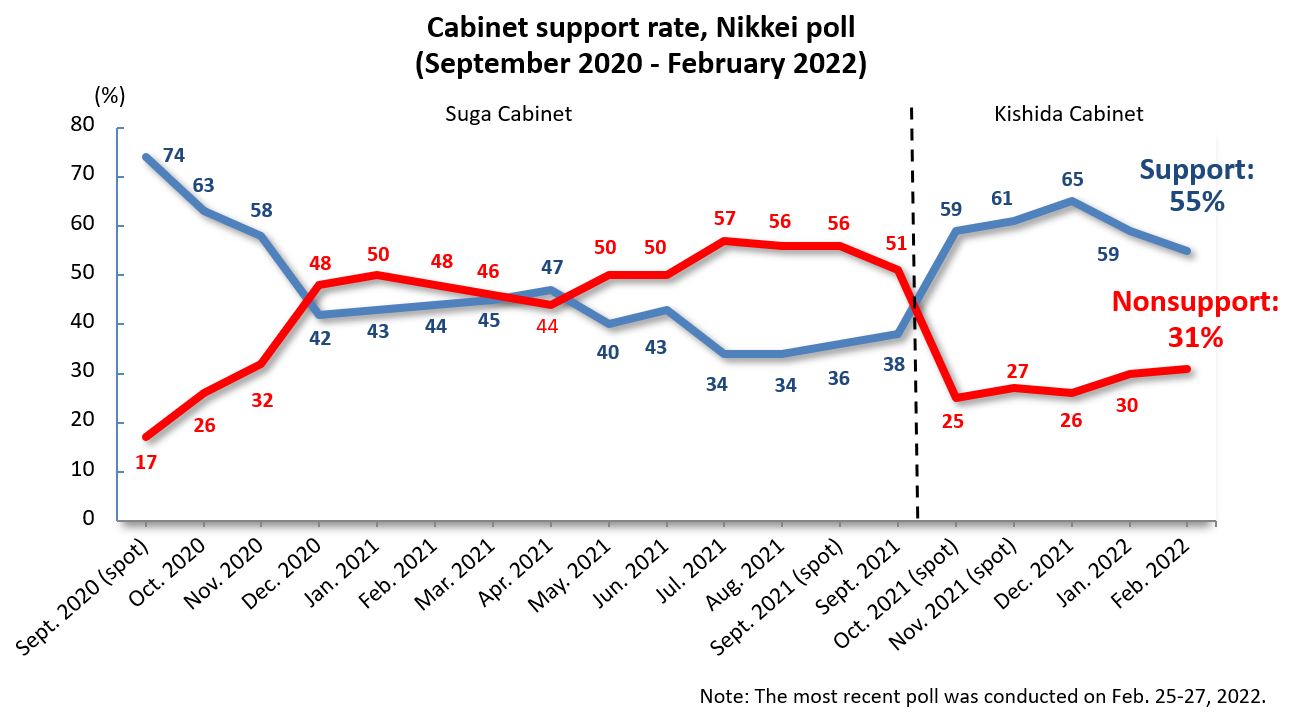 Support for Prime Minister Fumio Kishida’s government fell 4 percentage points from the January poll to 55%. This marked a second straight month of declines in the cabinet’s approval rating and a new low for the prime minister.

Kishida’s government scored higher on diplomacy and national security this time. But 45% of respondents said it lacks leadership ability, up 15 points from the previous poll.

His government faces persistently high coronavirus infections and rising prices for gasoline and other basic needs.