Invisible threats / Efforts made to disseminate risks of industrial espionage 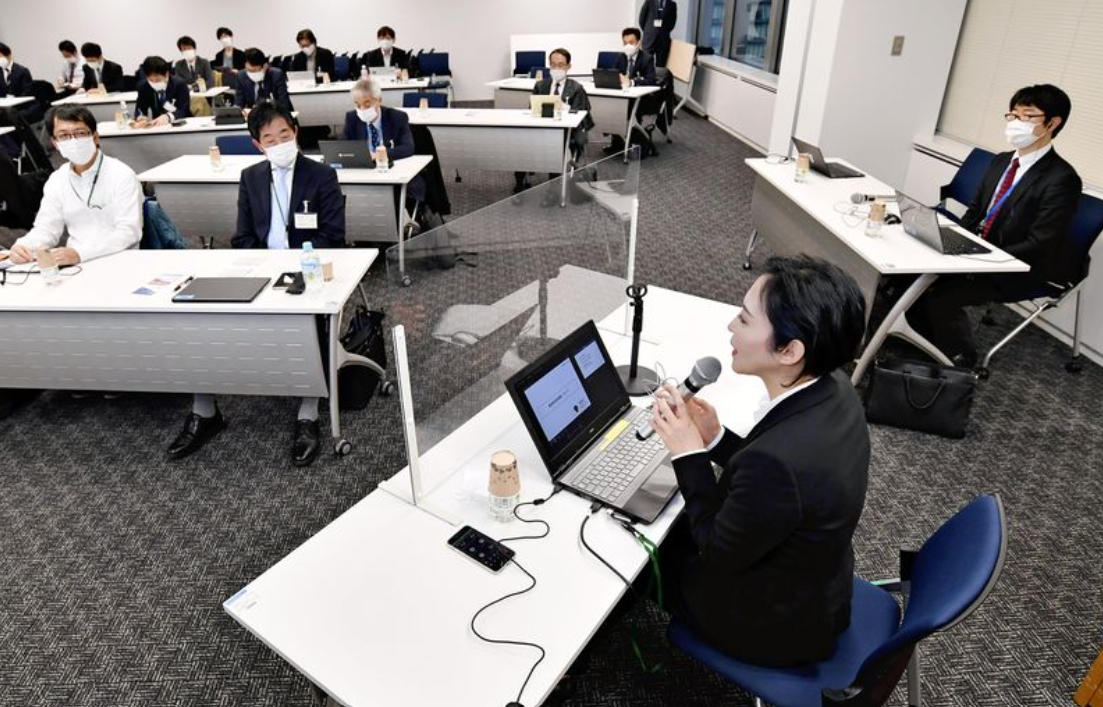 This is the sixth installment of a series exploring Japan’s vulnerabilities in areas such as information and supply networks that have prompted the government to expedite efforts to pass a law to protect economic security.

Government ministries and agencies are sharing information about espionage tactics as part of efforts to detect industrial spying and prevent suspicious investment with foreign capital.

“When we receive compliments from intelligence officials, it tickles our pride,” Masuda said, recalling a case in which a company executive was approached in a busy street by a foreign man who asked him in fluent Japanese if he knew a good restaurant.

The person the executive met ended up accompanying him for a meal and paying the bill. The executive said it felt good to answer questions about various subjects, and he started to meet regularly with the foreigner, sometimes receiving tens of thousands of yen for sharing publicly available information.

However, after more than 12 months of encounters, he crossed the line and started to provide confidential information about his company. He claimed he was too scared to stop because when he refused to share such information, the person would mention personal details such as his address.

After listening to the lecture, an NTT executive in charge of security said: “This is the first time I’ve learned about espionage tactics. I thought I was OK, but I’ve changed my mind.”

The police used to avoid actively disclosing espionage methods on the grounds of confidentiality, but a record 22 cases of trade secret infringement in 2020 triggered a change in policy.

In autumn last year, the National Police Agency instructed prefectural police forces to warn firms about espionage tactics through a special program, under which officials visit companies involved in critical infrastructures such as telecommunications and semiconductor manufacturing.

Officials from the public security division have presented detailed examples and called for measures such as the establishment of teams that can deal with cases involving employees who are approached by suspicious individuals.

Following the inauguration in April 2020 of an office that will serve as a command center in charge of economic security policy under the National Security Secretariat, the government has created several related posts and departments.

The Defense Ministry created an economic security team in July last year. The National Police Agency assigned a countermeasure officer in January that year for the economic security office to be established in April.

As soon as the bill to promote economic security is passed into law, a new organization in the Cabinet Office will conduct preliminary screenings of key infrastructure facilities.

The council’s first meeting — held in secret last July — was attended by Assistant Chief Cabinet Secretary Shigeki Takizaki and director generals from almost all ministries and agencies, during which information on suspicious foreign investments in Japanese firms was shared.

“Chinese capital has been invested in a Japanese company that supplies equipment to the Maritime Self-Defense Force,” Takizaki said at the meeting.

One of the members said the biggest advantage of the council is the involvement of the intelligence agencies.

Access to sensitive information is important to identify the relationship between foreign capital and the foreign governments behind the investment.

In the United States, CFIUS and the Federal Bureau of Investigation have collaborated to block suspicious investments from China and other countries.

However, the reality is that Japan’s intelligence agencies are not well prepared.

Excluding prefectural police forces, about 5,000 personnel have been involved in intelligence matters in the Defense Ministry and the Public Security Intelligence Agency. The increase in fiscal 2022 is expected to be only 130.

This puts Japan far behind other countries, including the United States, which is said to have more than 200,000 agents in the FBI and the Central Intelligence Agency

“The expansion of personnel has not kept pace with the call for strengthening economic security,” a senior Cabinet Secretariat official said.

Japan urgently needs to reinforce its information management, according to Akira Amari, former secretary general of the Liberal Democratic Party.

At a meeting of the party’s economic and security task force on Feb. 2, Amari said, “There is a risk that economic security measures that do not include security clearance systems [for personnel] will fail to function.”

Under security clearance systems introduced in the United States, Britain and other countries, only personnel who have undergone background checks are given authority to access sensitive information.

In Japan, the Law on the Protection of Specially Designated Secrets took effect in 2014, and it applies to civilians who handle defense equipment and other items.

With security-related fields expanding to advanced technologies such as artificial intelligence, members of the LDP and the business community have called for a security clearance system that covers a wider scope.

However, the government did not include such a system in the economic and security promotion bill to be submitted in the current Diet session, claiming it would be met with strong opposition from opposition parties.

Another factor is the challenge of securing the manpower to conduct a large number of background checks.

“If we try to get a perfect score, the bill will not pass,” Amari said. 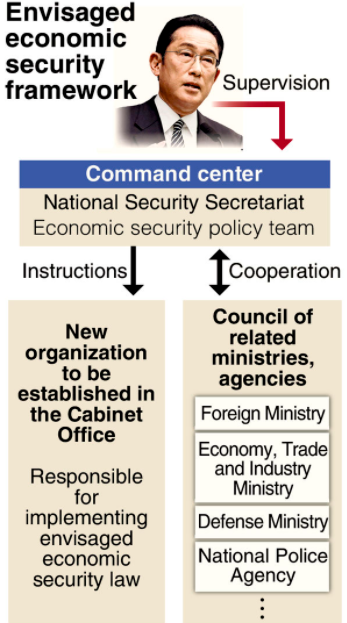