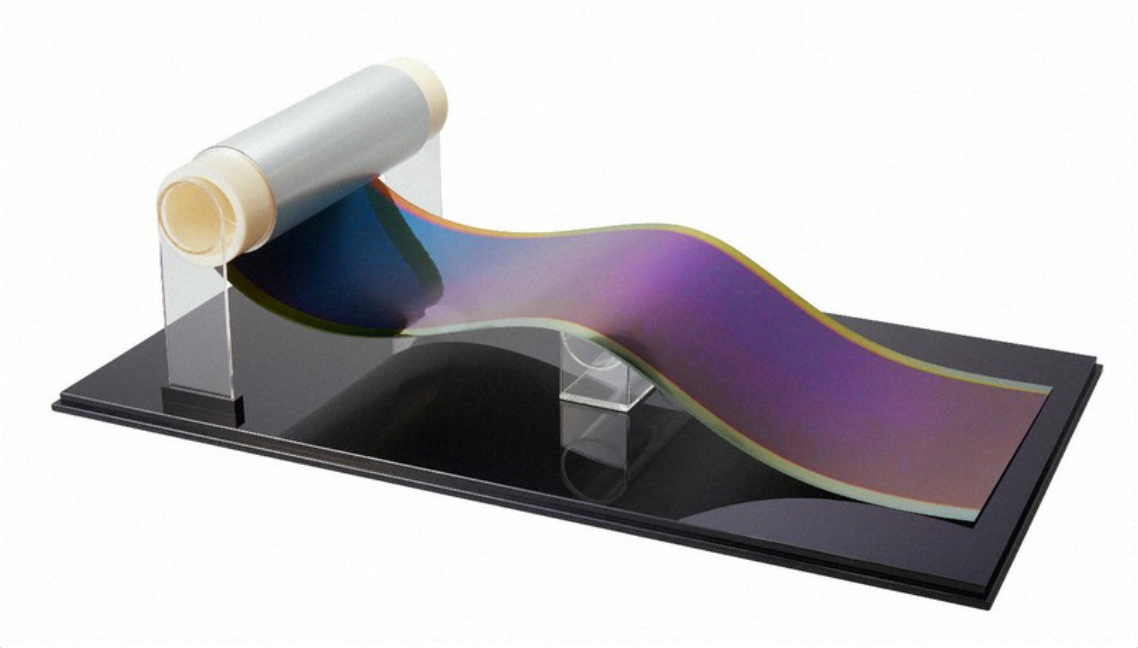 A perovskite solar cell, which can be bent due to its thin film, is seen in this image provided by Sekisui Chemical Co.

TOKYO — The Japanese government will begin full-fledged deliberations on the installation of solar cells that generate electricity from sunlight and wind power generators along railway tracks and on abandoned railway tracks in a bid to increase renewable energy output.

It is said that if solar cells are installed onto the slopes beside railroad tracks wherever possible across Japan, power exceeding the output from one nuclear reactor can be generated. If realized, it will help the government take one step toward its goal of making renewable energy the country’s main power source.

The Ministry of Land, Infrastructure, Transport and Tourism will soon set up a review committee consisting of East Japan Railway Co. (JR East), Japan Private Railway Association, experts and others.

The Ministry of Economy, Trade and Industry and the Ministry of the Environment will also join discussions for the actual installation. There will be talks on means to generate profits in the decarbonization business, with the idea that selling electricity produced by railway companies will lead to the elimination of deficit-ridden railroad lines.

Calculations by the transport ministry on the railway network from Wakkanai in Japan’s northernmost prefecture of Hokkaido to Kagoshima in southwestern Japan revealed that it’s possible to install solar cells onto some 2,500 hectares of slope, which is as large as 25 Tokyo Disneylands and DisneySeas each. As much as 1.4 million kilowatts can be generated, which can power over 500,000 households a year when calculated in terms of annual electricity usage of general households in Japan’s three major metropolitan areas.

The government envisions the use of “perovskite” solar cells, which, if development progresses, can apparently be manufactured at low cost and are attachable to slopes including steep land and the outer walls of station buildings. In heavy snowfall areas where solar power generation cannot be expected, the government will consider installing wind power generators on abandoned railway lines.