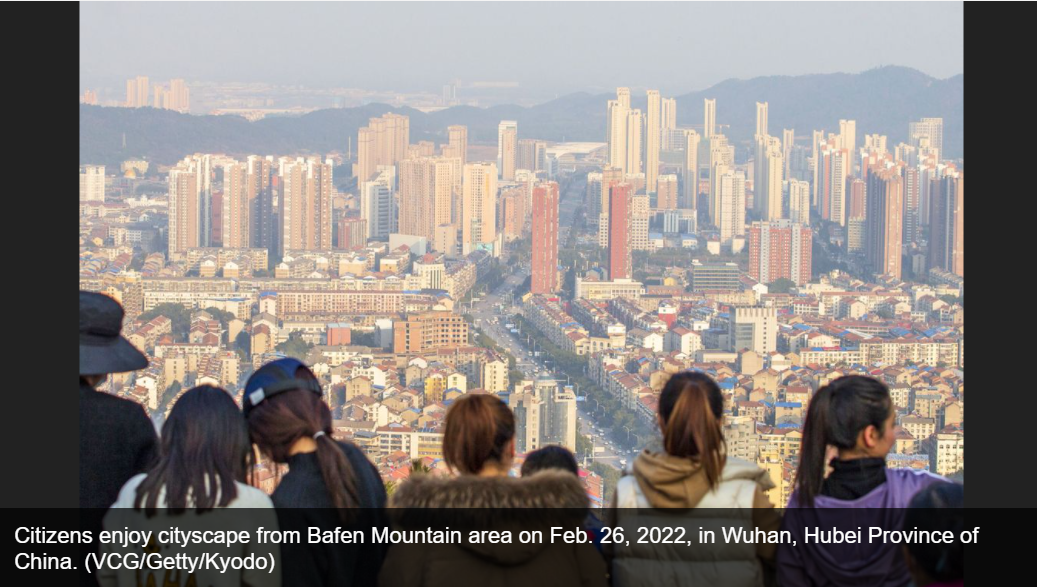 SHANGHAI/BEIJING — Japan’s plan to set up a diplomatic mission in the central Chinese city of Wuhan has been stalled, as relations between the two Asian nations have apparently been worsening, sources familiar with the matter said Thursday.

As many Japanese companies have offices and factories in Wuhan, calls have been growing for Prime Minister Fumio Kishida’s government to open a diplomatic mission in the city, known as a business and transportation hub with a population of around 11 million.

The project, however, has met with a lukewarm reception within the Chinese government, the sources said, as Beijing is believed to be dissatisfied with a lack of progress in the planned relocation of its consulate general in the Japanese city of Niigata, north of Tokyo.

Beijing and Tokyo mark the 50th anniversary of the normalization of diplomatic ties this year, but they have been at odds over several issues including China’s temporary detention of a Japanese diplomat as well as its diplomatic and military pressure on Taiwan.

In January 2020, the government of then Prime Minister Shinzo Abe sent chartered planes to evacuate its nationals from Wuhan, after the novel coronavirus was detected in late 2019. Japan was the first country to take such action.

Since then, Japanese business circles have been asking for the establishment of a diplomatic mission in Wuhan so Japanese citizens living in the city could leave easily if a similar incident occurred again.

After Wuhan municipal authorities responded to the plan positively, the Japanese Foreign Ministry requested a budget for the launch of a representative office in the city.

But the central government in Beijing has been reluctant to proceed with the plan, with negotiations with the Japanese government over the consulate relocation in Niigata left at a standstill for more than 10 years, one of the sources said.

In 2010, the Niigata municipality decided to freeze a plan to sell some city-owned land for the replacement of the consulate general amid mounting opposition among residents over China’s sovereignty claim to the Japanese-administered Senkaku Islands in the East China Sea.

Sino-Japanese relations have also become frayed after Abe, who remains an influential ruling party lawmaker, said in December that any emergency concerning Taiwan would be an emergency for Japan and for the Japan-U.S. security alliance. China regards the self-ruled island as a renegade province that must be reunified, by force if necessary.

Moreover, China’s brief detention in late February of a Japanese diplomat in Beijing while performing an official duty — something Tokyo claims violated the Vienna Convention on Diplomatic Relations — has triggered a backlash from the Kishida government.

The international treaty requires the hosting state to prevent any disturbance of the peace of a diplomatic mission or impairment of its dignity.

A major Japanese business lobby in Beijing, meanwhile, said Thursday that it is scheduled to hold an event in September in the capital to commemorate the key anniversary for the two countries.

The Japanese Chamber of Commerce and Industry in China said it will try to host the ceremony by raising money from Japanese firms operating in China.