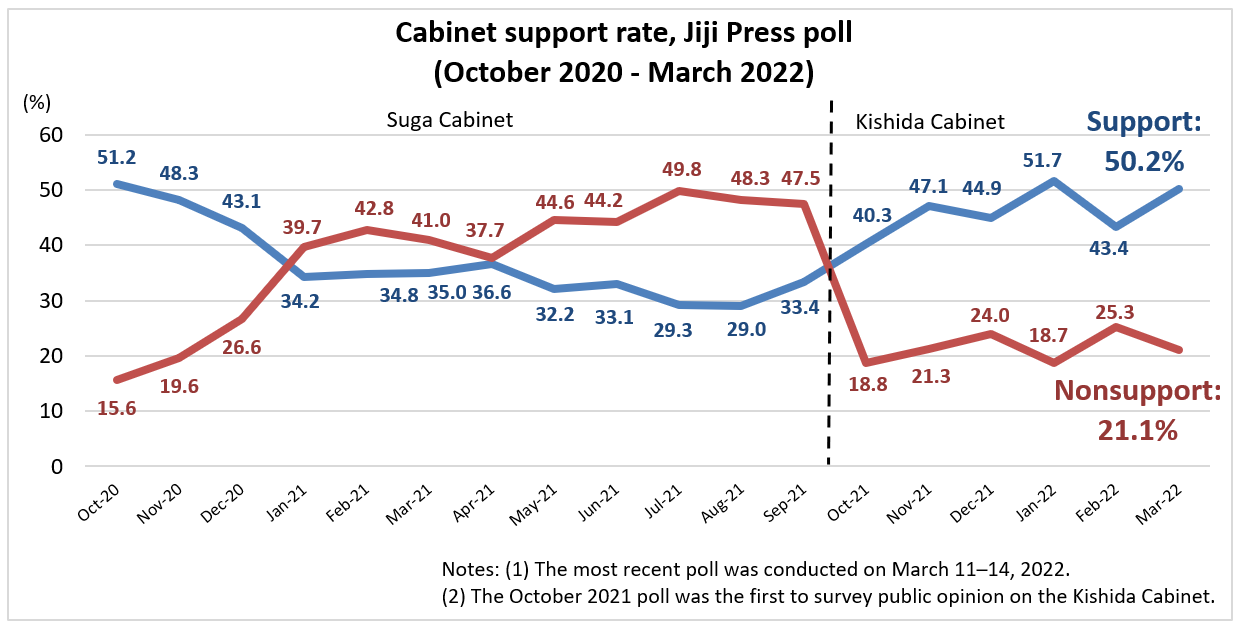 The disapproval rate fell 4.2 points to 21.1 pct. The proportion of respondents who said that they do not know came to 28.7 pct, down 2.5 points, according to the survey, conducted for four days through Monday.

The result is believed to reflect people’s support for the Kishida cabinet’s hard-line stance against Russia following its invasion of Ukraine, which began Feb. 24.

The proportion of respondents in support of the government’s sanctions against Moscow, introduced in cooperation with European countries and the United States, came to 72.7 pct. Meanwhile, 12.3 pct said they oppose the sanctions, and 14.9 pct answered neither or said they do not know.

On the government’s COVID-19 pandemic response, 42.9 pct of all respondents voiced approval, up from last month’s 38.9 pct, while the share of those disapproving the steps came to 35.1 pct, down from 37.9 pct.

Support stood at 4.4 pct for Komeito, the LDP’s coalition partner, up 0.9 point, while that for the main opposition Constitutional Democratic Party of Japan fell 0.5 point to 4.3 pct.

The share of respondents with no particular party to support came to 54.0 pct, down 3.4 points.

The interview-based survey covered 2,000 people aged 18 or over. Valid responses came from 61.3 pct.