86% back Japan’s sanctions on Russia over invasion in Ukraine, Kyodo News poll 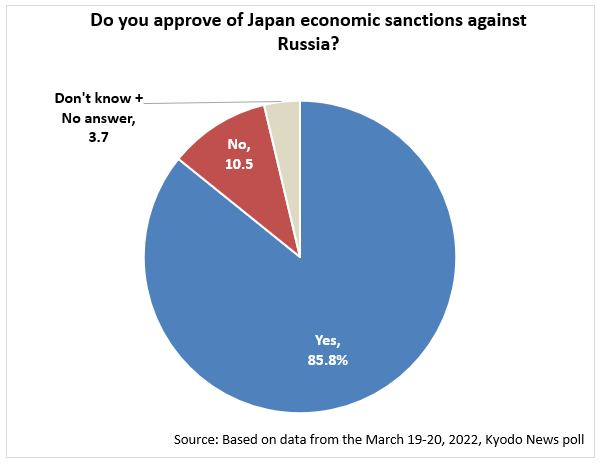 In the two-day telephone survey through Sunday, 91.2 percent backed the Japanese government’s decision to accept evacuees from the war-hit Eastern European country.

Meanwhile, 75.2 percent expressed concern that Russia’s aggression in Ukraine may propel China to attempt to forcibly seize Taiwan and the Senkaku Islands, a group of East China Sea islets controlled by Tokyo but claimed by Beijing.

The approval rating for the Kishida Cabinet rose 3.5 percentage points from the February poll to 60.1 percent, while the disapproval rating decreased 5.5 points to 21.9 percent, according to the survey. 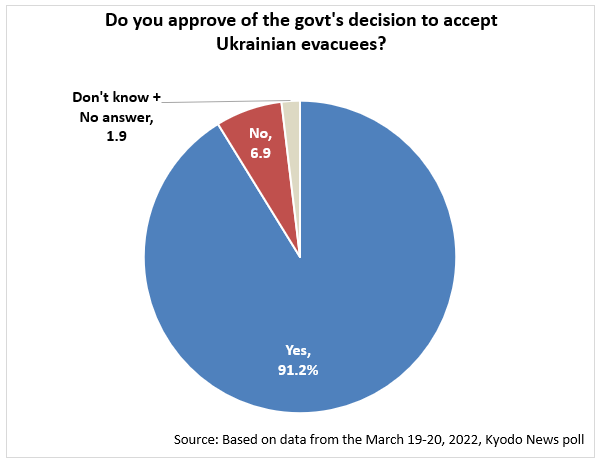 The support for his government’s handling of the coronavirus pandemic increased 6.3 points to 60.4 percent.

Asked about the recent decision to fully lift the COVID-19 quasi-state of emergency in Japan, 53.3 percent found it appropriate, 32.3 percent said it was too early and 11.3 percent felt it was too late.

Regarding a proposal by the government and the ruling coalition to provide 5,000 yen ($42) to each pensioner as part of COVID-19 support measures, 66.0 percent did not find it appropriate.

As for Japan’s relations with South Korea, 72.2 percent think bilateral ties will not change under President-elect Yoon Suk Yeol even though he has expressed a willingness to improve soured relations with the neighboring country. 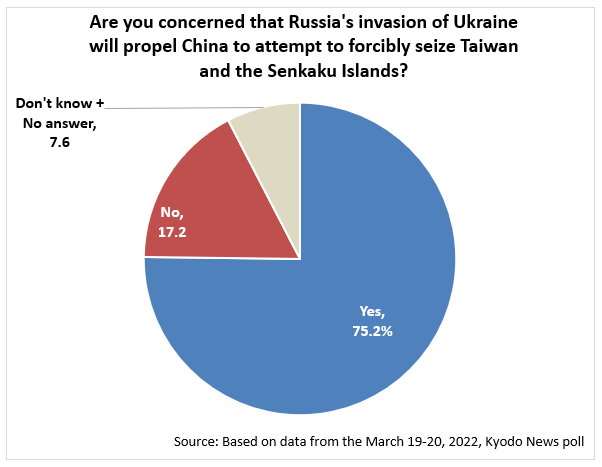 Yoon, of the main conservative opposition People Power Party, will take office in May after being elected South Korea’s new president earlier this month.

Tokyo-Seoul relations have soured over wartime labor compensation and other issues stemming from Japan’s 1910-1945 colonial rule of the Korean Peninsula.

As for this summer’s election for the House of Councillors, the upper chamber of parliament, 42.1 percent said they will cast their proportional representation votes for the ruling Liberal Democratic Party, led by Kishida. 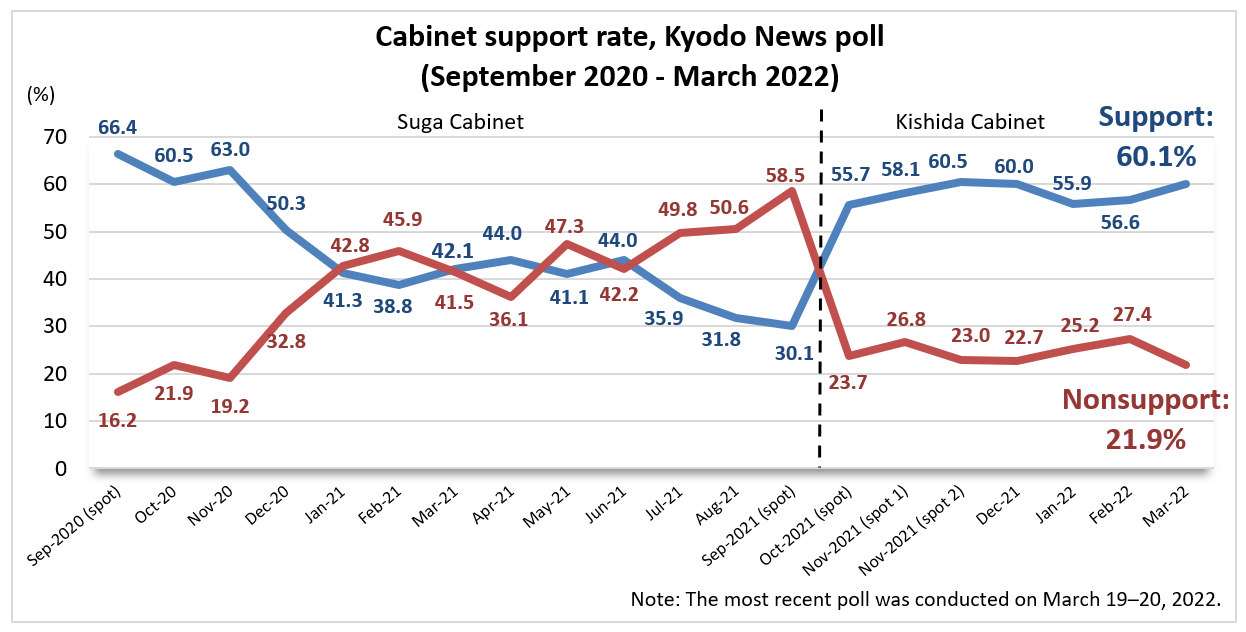